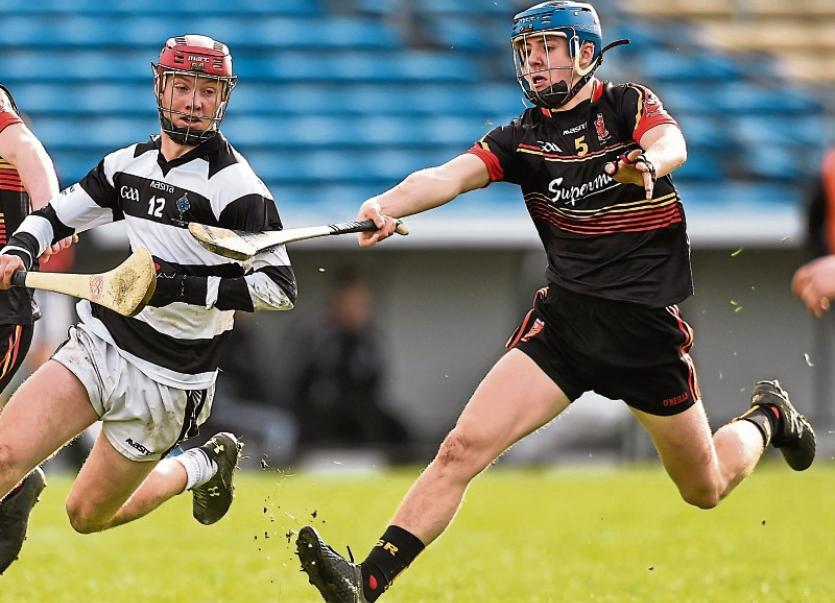 The Limerick and Kilkenny kingpins meet at the semi final stage of the All Ireland Post Primary Schools Senior A Hurling Championship in Clonmel at 2.00.

The Croke Cup semi final tie will be the fifth time the Harty Cup champions have met with the roll of honour leaders, who are the only side to defeat Ardscoil Ris in the All Ireland series.

Ardscoil Ris and St Kierans are bidding to reach a Saturday March 31 final against Athenry of Galway – most likely in Semple Stadium in Thurles. Presentation College Athenry are through to the final after coming from behind to beat Kilkenny CBS in Ferbane on Bank Holiday Monday. Athenry won by 4-10 to 2-12 and become the first Galway school to reach the final since St Raphael’s College Loughrea reached the decider in 2004.

Four days after the drawn All Ireland club SHC final in Croke Park, Na Piarsaigh’s Jerome Boylan is back in action this Wednesday – playing for Ardscoil Ris.

The teenager will be wing back with Ardscoil Ris when they play the Kilkenny side.

The Croke Cup semi final will be the fifth time the Harty Cup champions have met the roll of honour leaders, who are the only side to defeat Ardscoil Ris in the All Ireland series.

The sides also met in the semi final of 2014, when again the Kilkenny College prevailed.

Current captain Ronan Connolly, Boylan and Paul O’Brien all started that final in Semple Stadium, while Rory Duff was introduced as a substitute.

The only surviving member of the St Kierans team from the 2016 final meeting is wing forward Adrian Mullen, who is a nephew of Michael and Colin Fennelly.

Elsewhere in their team Eoin Cody is a nephew of Henry Shefflin and Tommy Ronan is a son former All Ireland winner Adrian Ronan.

While Ardscoil Ris arrive in the All Ireland semi final on the back of six game unbeaten run, St Kierans did lose the Leinster final to a North Dublin amalgamation, who then weren’t eligible to progress to the All Ireland series.