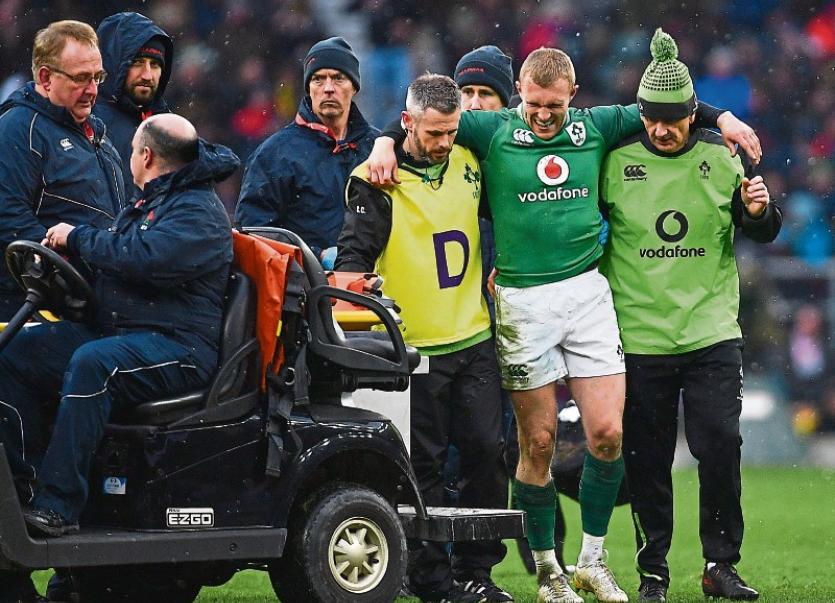 MUNSTER head coach, Johann van Graan fears Keith Earls is going to be sidelined ‘for quite a long time’ due to his knee injury.

Van Graan spoke with Earls in the immediate aftermath of Ireland’s Grand Slam clinching success against England at Twickenham.

Before that, Munster take on the Scarlets in the Guinness PRO14 at Thomond Park this Saturday, 5.30pm.

Earls hobbled off towards the end of Saturday’s game with England which ended in a 24-15 victory for Ireland. The Limerick man is to undergo a scan and will require specialist assessment to determine the full extent of the injury.

Speaking at Munster’s weekly press briefing at UL on Monday, van Graan said: “I spoke to him on Saturday evening. I congratulated our guys on their performance and exchanged a few text messages over the past two days.

“He (Keith Earls) was in a lot of pain. If you just looked at the clip, he seems to be in a bit of trouble and knowing Earlsie he is quite a tough man.

"He has been through a lot and just watching the footage if you look at him celebrating in the circle afterwards he jumped on one leg, so like I said, I don't have any medical confirmation at this stage, but I fear he is going to be out for quite a long time.

"Well, he was obviously upset and hurt. His self is the bigger concern here, not only for Munster, but for Ireland as well."