POSTPONED: Limerick and Clare hurling league tie delayed for 24 hours due to snow 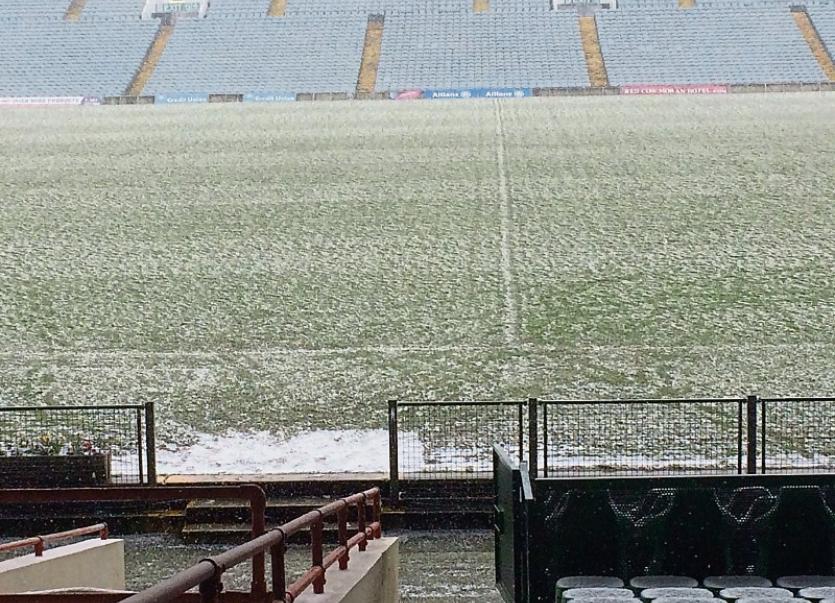 The Gaelic Grounds this Sunday afternoon

SNOW has forced the postponement of Limerick’s Allianz Hurling League quarter with Clare in the Gaelic Grounds.

The Shannonside derby will now take place this Bank Holiday Monday – again in the Gaelic Grounds at 4.00.

It is understood that TG4 will again be providing live tv, as they were this Sunday before a decision was taken at lunchtime to delay by 24-hours as the snow showers got heavier.

All four league quarter final were called off this Sunday due to the weather and all four will now attempt to be played on Monday with the same starting times.

The winner of Clare and Limerick is due to play Tipperary or Dublin in the league semi final next weekend.