WATCH: Replay needed for Na Piarsaigh and Cuala in All Ireland club final 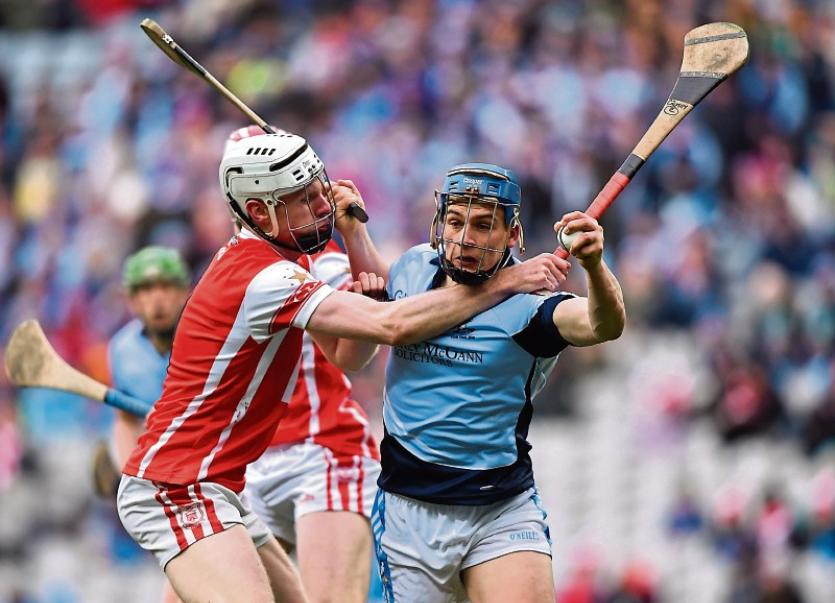 A REPLAY is needed to seperate Na Piarsaigh and Cuala in the All Ireland club SHC in Croke Park.

It was the Dublin side that struck late to ensure extra time and then a replay.

It was an end-to-end thrilling contest that was level on nine occasions before the final score was Na Piarsaigh 2-19 Cuala 1-22.

It ended level after extra time between Na Piarsaigh and Cuala in the All-Ireland senior club hurling final! Check out the full-time highlights here! pic.twitter.com/QjI8TaH93L

Na Piarsaigh found two injury time points to lead 0-8 to 0-6 at half time. They had trailed by three points after 12-minutes of the final.

Although backed by a tricky swirling breeze it was Cuala that hit the front early and were 0-4 to 0-1 clear by the 12th minute – Kevin Downes with the first Na Piarsaigh score on seven minutes.

But Na Piarsaigh were creating chances and had four wides and two shots dropping short in this opening period.

They soon found their range – Peter Casey, Shane Dowling and Downes again scoring successive points to level the game at 0-4 each on 18-minutes.

Cuala hit back, albeit four of their first half points were David Treacy frees. With eight minutes to half time the south Dublin men were 0-8 to 0-6 clear.

The experience of Na Piarsaigh shone bright as half time approached. A Dowling free had the game level for the second time, 0-6 each, and then in injury time Adrian Breen had two points. Na Piarsaigh were ahead for the first time at 0-8 to 0-6 at half time.

Na Piarsaigh had the ideal start to the second half with 1-1 from Peter Casey. His goal a typical cool finish from the U-21 star and had his side 1-9 to 0-8 ahead after just three minutes of the half.

But the goal brought the men in red to life and five unanswered points in a nine minutes period moved the Dalkey side 0-14 to 1-10 ahead.

A Downes point ended the dominance and tied up the final.

Breen brothers David and Adrian, with the help of hawkeye, moved the Limerick men back on top, 1-13 to 0-15 with 12-minutes to play.

In a huge defensive display, Na Piarsiagh didn’t give Cuala an inch for almost all of the remainder of the final.

Dowling frees either side of another from Downes and Na Piarsaigh were 1-16 to 0-16 ahead in the closing stages.

There were three minutes of injury time and that had lapsed when Cuala won a 21-metre free. Cente back Sean Moran stepped forward and with six on the Na Piarsaigh goal-line he goaled.

Level for the sixth time, the final was set for extra time.

Con O’Callaghan had his first score of the final after eight seconds of the restart but the reply was emphatic from the men in blue.

David Dempsey soloed through the middle and passed to David Breen and the big centre forward found the net from close range.

Dempsey and Adrian Breen had points and by half time in extra time, they were 2-18 to 1-20 ahead.

Cuala again scored first in the second half of extr atime with a Treacy free but David Dempsey responded.

That was the only Na Piarsaigh score of the period and it fell to a David Treacy free to ensure a replay.