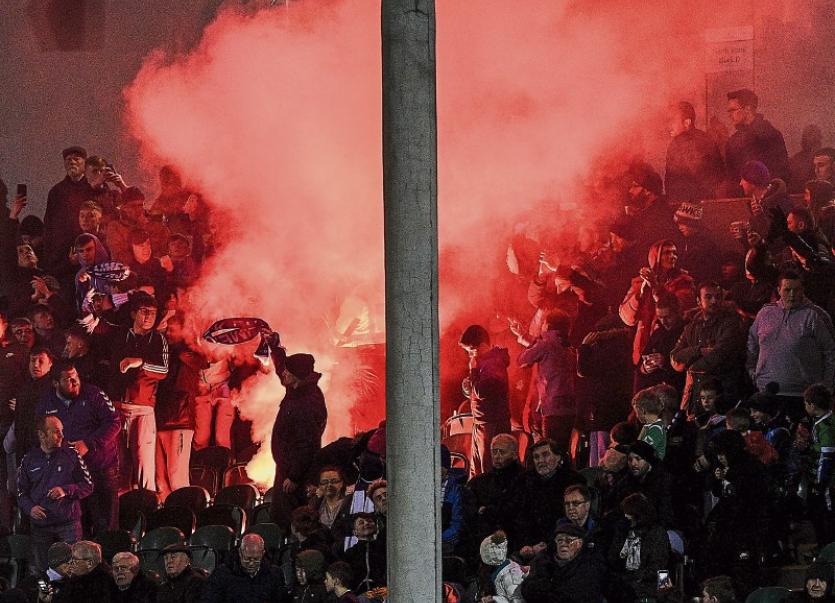 LIMERICK FC manager Tommy Barrett insisted he felt ‘disappointed’ that his side didn’t manage to grab a winner against champions Cork City at the Markets Field on Friday night.

The Blues bounced back from their 5-0 thumping at the hands of Derry City at the Brandywell on Monday night to secure a fully deserved 1-1 draw with the Leesiders before an official attendance of 1,341.

John Caulfield’s Cork side had won four of their five league games this season prior to kick-off, while the visitors had beaten Limerick four times in all competitions last season, with the Shannonsiders only win coming at the Markets Field in the Premier Division.

Afterwards Limerick FC manager Tommy Barrett said: “I am disappointed for a finish (with a point) because I thought we could have got the three points on offer, but I’m happy too.

“I am delighted with the application of the boys. They were fantastic, every one of them, from start to finish. We had lads there who were starting for the first time or starting in positions they normally don’t play in. They did really well.

“It’s a good result, but it could have been better. I thought we were looking the most likely (to win it).

“They got a penalty and after that I don’t think they really looked like scoring. There were a few scrambles in the box and a few headers, but we created the more clear-cut chances, actually created them rather than just punts into the box.

“Brendan (Clarke) did make a fantastic save from the Sadlier free-kick late on, but Karl (O’Sullivan) probably could have scored for us before that when he hit it straight down McNulty’s throat and Shaun Kelly as well with a great strike.

“I think we had our fair share of it. I felt we looked the most likely, maybe I’m biased.

“Look, we have eight points, we probably would have taken that. Everyone was writing us off at the start of the season, saying we would be hammered in our first few games.

“We’ve done well to get the eight points, look, before tonight we were on the same points as Shamrock Rovers. If we didn’t lose 8-0 (v Dundalk) and 5-0 (v Derry) and lost say 2-0 of 3-0 in each of those games, no one would bat an eyelid and say it has been a fantastic start from us.

“We have to look at it. We probably should have more points, should have beaten Bohs’ but conceded in the 90th minute and I feel tonight was another game we should have won as well.

“Performances have been good in the main, bar a crazy 120 minutes where Dundalk were way better than to be honest and the last half an hour in Derry where we were very poor.