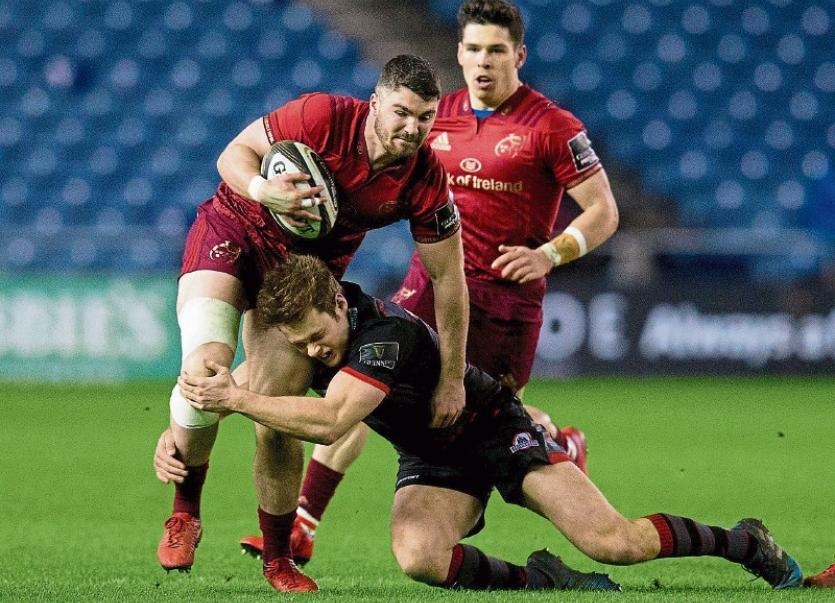 MUNSTER suffered a frustrating 12-6 defeat to Edinburgh in their re-arranged Guinness PRO14 fixture with Edinburgh at Murrayfield on Friday night.

Johann van Graan’s side had to make-do with taking a losing bonus point from the contest which had to be rescheduled following earlier this month due to snow.

Two penalty goals, one in either half from out-half JJ Hanrahan, was Munster’s only reward on the scoreboard on their trip to the Scottish capital.

The result leaves Munster seven points ahead of the third-placed Toyota Cheetahs in Conference A of the Guinness Pro14.

Hooker Mike Sherry made his first PRO14 start since April 2016 after recovering from a long-term back injury, with fellow Ireland international Tommy O'Donnell featuring off the bench in the second half for the first time since sustaining a shoulder injury on New Year's Day.

Edinburgh had led 5-3 at half-time. JJ Hanrahan gave Munster the lead with a 19th minute penalty, only for Edinburgh hit back with a Duhan van der Merwe try four minutes before the break.

Bill Johnston, who came in at out-half, was introduced as a 43rd minute replacement for Simon Zebo, with JJ Hanrahan moving to full-back.

Hanrahan kicked Munster in front with his second penalty goal of the evening on 49 minutes,. following excellent work at the breakdown by Conor Oliver.

However, Munster’s lead was short-lived as a period of enormous pressure on the visitors defence told as van der Merwe crossed in the left corner with the conversion from Jaco van der Walt making it 12-6.

The home side managed to hold until their six-point advantage until full-time.