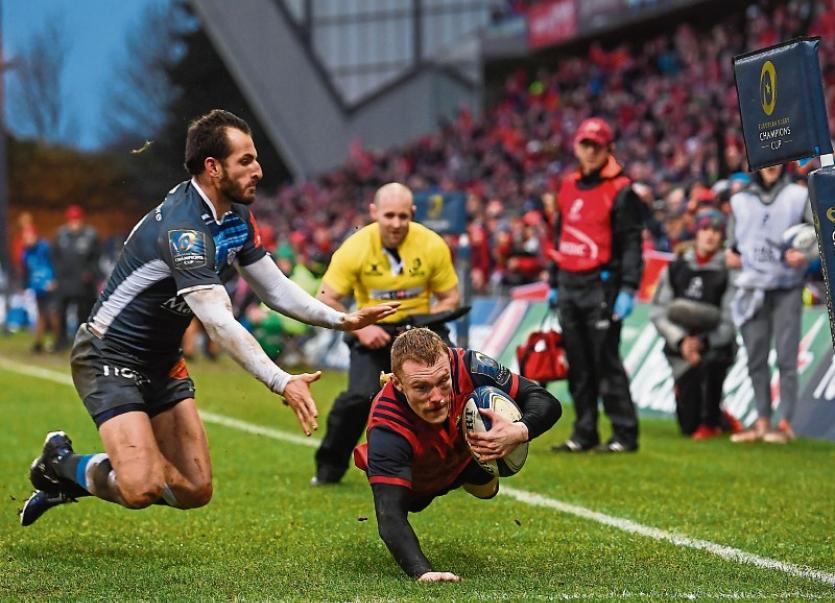 Keith Earls, of Munster, touches down despite the best efforts of Julien Dumora, of Castres, in their Champions Cup fixture earlier this season

LIVE Champions Cup rugby will make its return to free-to-air television in Ireland following EPCR's announcement today that TV3 have secured additional broadcast rights for Europe's elite club tournament until the end of the 2021/22 season.

TV3 have secured the right to screen one live match per round during the Champions Cup pool stage over the next four seasons, as well as one live match from each of the knockout rounds in what is a key territory for European professional club rugby.

The Irish provinces have made a major contribution to the history of the European Cup with Leinster Rugby, Munster Rugby and Ulster Rugby winning six titles between them.

Both Leinster and Munster have booked their places in this season's Champions Cup quarter-finals over the Easter weekend against holders Saracens and RC Toulon respectively while Connacht Rugby take on Gloucester Rugby in the last eight of the Challenge Cup.

BT Sport have already been confirmed as the official broadcast partner in the UK and Ireland also until the end of the 2021/22 season.