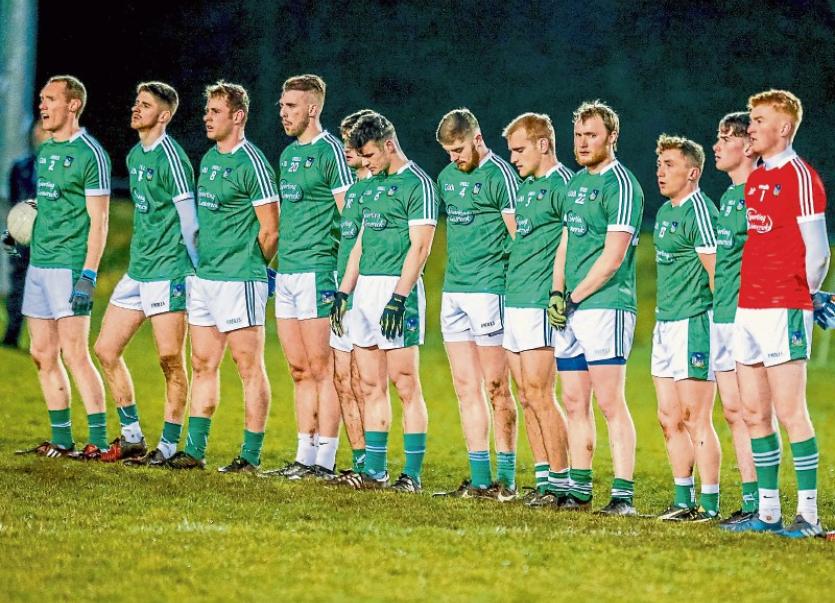 Limerick footballers pictured ahead of their Waterford win

SNOW in the east of the country has forced the postponement of this Sunday afternoon's Limerick v Wicklow Allianz Football League game.

The round six Division Four league tie was to be played in Aughrim.

Fresh from their first win of the season, Limerick were to journey to Aughrim - a first away game in Wicklow since 2012.

Six years back, The Garden County were 2-13 to 0-14 winners. Seamus O’Carroll is the only surviving member of that Limerick team. Current county football coach Barry Fitzpatrick and current county hurling coach Paul Kinnerk were also in that line-up.

”A win is a win and it was great to see the guys dig it out in the end when it could have gone against them,” said Limerick manager Billy Lee of the Waterford victory in Martinstown.

“The win backed up what I knew about these guys and that’s the level of character they have. They have shown that all season to be fair,” said Lee.

Limerick have already been to Portlaoise, London and Carrick-on-Shannon in this Division Four campaign.

”Journeys like that are a learning experience and can actually be good for a young set-up like ours. They are an education in themselves and that’s what we are about this year,” said Lee.

Managed by former Tipperary and Roscommon manager John Evans, Wicklow are without a league win – they did draw with Waterford and Antrim.

Limerick will complete their league with a home game against Antrim on March 25.

Limerick have used 28 players in their five games to-date – 21 getting starting roles in the Donal O’Sullivan captained panel.