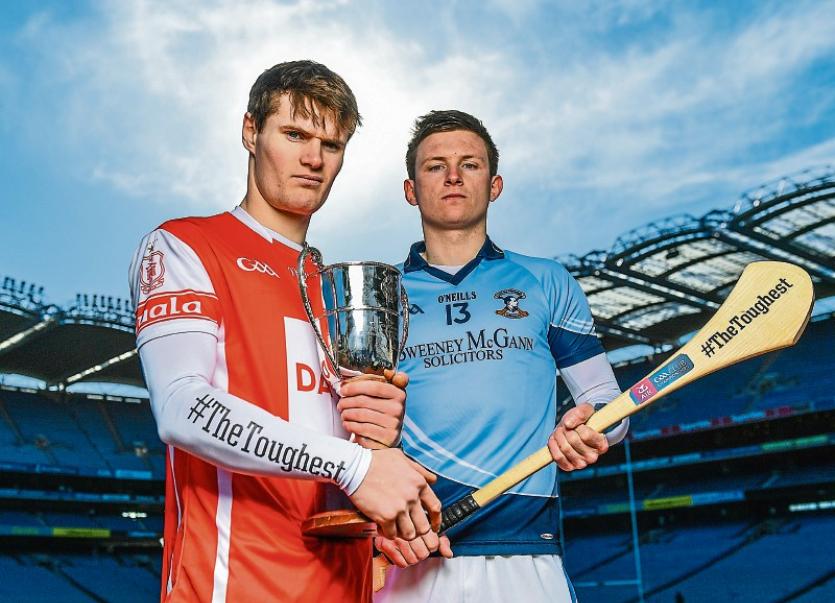 ON Saturday August 21, 2016 Na Piarsaigh manager Shane O’Neill sat in the stand in Fitzgerald Park Kilmallock as his side were dumped out of the Limerick SHC almost five months to the day since their historic All Ireland club SHC title.

O’Neill and his management team could have taken the easy route to depart but opted to stay for a fourth campaign.

And, this Saturday (3.45) the Caherdavin GAA club appear in their second All Ireland final in three years.

Just the 20th club to reach the March 17 club showpiece for a second time and now bid to join an elite list if just 10 clubs who have won two titles or more.

The Tommy Moore Cup has been won by 26 different clubs with Ballyhale Shamrocks leading the way with six wins.

Only five times has an All-Ireland club final been contested by former winners of the championship – in 1998 when Birr defeated Sarsfields, in 2000 when Athenry saw off St Joseph’s, in 2005 when James Stephens overturned Athenry, in 2008 when Portumna overcame Birr and in 2010 when Ballyhale bettered Portumna.

But this St Patricks day is the first time the two immediate previous winners of the title take each other on in the decider.

The bookies make the men from the north side of Limerick city the slightest of favourites but with All Ireland U-21 winning duo Tommy Grimes and Conor Boylan suspended after semi final red cards, the strength in depth of the panel will be tested. Shane Dowling is expected to come into the forward line with Kieran Kennedy, Gordan Browne and Kevin Ryan all options to fill the other role.

The two suspended players were newcomers to the Na Piarsaigh line-up this season so it therefore appears that 13 of their 2016 All Ireland Final team will once again start.

The Cathall King captained side have used 23 different players on this journey to Croke Park – picking up Daly and O’Neill Cup win enroute.

Saturday, live on TG4, promises to be the greatest challenge faced by Na Piarsaigh since their break through year of 2011 and their 11 game unbeaten run in the Munster championship.

Managed by Galway’s Mattie Kenny, Cuala ended a 21-year wait for a Dublin senior title in 2015. That was the start of them stringing together three successive county titles. They have added back-to-back Leinster titles and are now chasing back-to-back All Irelands – last achieved by Portumna in 2008-09.

The men in red and white are captained by Paul Schutte, with his brother Mark also involved. Another set of brothers are full back Cian O’Callaghan and his Dublin footballing brother Con. Elsewhere, Darragh O’Connell, Colm Cronin, Oisin Gough and free-taker David Treacy are key players for the south Dublin side.