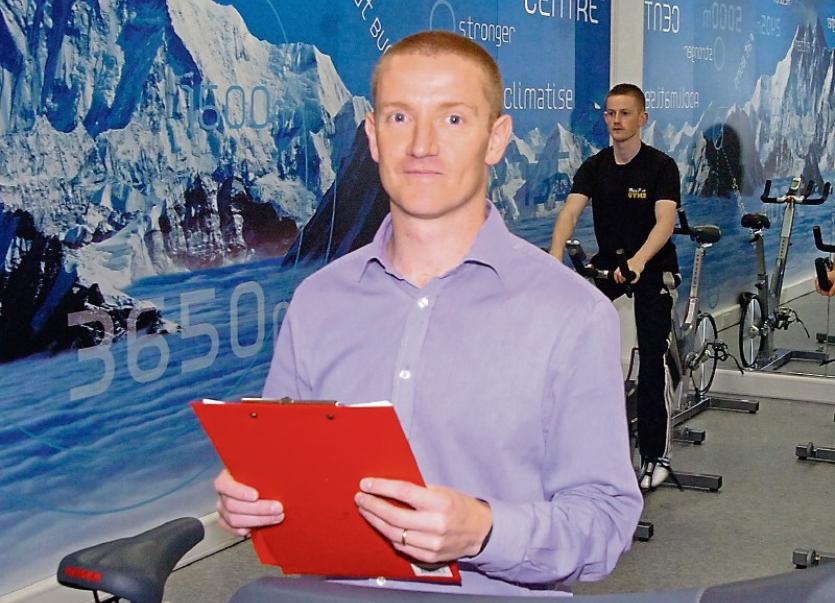 DARRAGH Droog is the type of guy that meets a challenge head-on.

On Saturday, the strength and conditioning coach bids to lead Na Piarsaigh to another glorious chapter in their history.

Their All Ireland club SHC final opponents are none other than the defending champions, a much hyped side and the favourites.

Many team mentors would chose to deflect, but in typical Droog fashion any challenge is met head-on.

“Its a real exciting challenge to say that if you are going to win, wouldn’t you win against the best team possible rather than have any questions marks – its a motivator for the guys and it would certainly be a great scalp,” he said of dethroning the champions on All Ireland final day.

“It would be really nice to be able to do it – as long as they perform to the best of their capacity, they stand a really good chance and only time will tell if it’s good enough but at least we will walk away with no regrets.”

Since early last Autumn the men from Caherdavin and from Dalkey have been the two favourites for this title.

“There have been people talking about this for a while back. Once they both won their county titles, you heard some rumblings. We parked it because the next game was always the most important game - that old cliche was the way we looked at it. I hope both teams play to the best of their capacities and give everyone what they are looking for and let the best team come out and win - obviously hoping it is Na Piarsaigh!”

“They will be the toughest side we will have met - this year or any other year and rightly so,” states Droog. Quite a statement from the coach who has helped Na Piarsaigh through two Limerick and Munster club winning campaigns and one All Ireland success.

“We know they are a very good hurling side and to look at them physically they are big strong men and they have an ability to run and support eachother. To be able to repeat what you have done the previous year, something we haven't been capable of - to go back and win your county title and then provincial title and make your way back to a final on the bounce says a lot about them mentally,” outlined Droog.

He adds: “On all fronts this is an exceptionally difficult challenge”.

Droog mentions the Cuala back-to-back bid and that’s where this run to the All Ireland final started for Na Piarsaigh – August 21 2016 the day their All Ireland title defence stopped just over five months after Croke Park success.

“It gave us some time,” outlines Droog.

He speaks of silver linings.

“At the end of the early exit last year it gave us an opportunity to analyse, assess and then create some strategies that can help add more value this time round. There would be very limited windows of opportunity there based on guys in county set-ups and seasons running back-to-back.”

“An opportunity to work strategically on some weaknesses and some areas we can improve on and that’s the way we chose to look at it rather than feel sorry for ourselves after the early exit.”

He explains: “You do always take lessons from any defeat or any situation that didn’t work out as good as you would have wanted. To be fair, it was six and a half weeks from when we won it to the first round of the championship and we were unlucky to draw Kilmallock and six days later Doon - two of the best sides you could meet”.

“It didn’t work out but luckily we have been able to address a lot of that this year. You don’t like to lose - that’s not why you are in this for and especially when you have a group as talented as this. For them to come back and show what they were truly capable of was most satisfying,” said the team strength and conditioning coach.

So Na Piarsaigh returned all the stronger for the pain of defeat.

“The guys have worked on and off the field - how they handle themselves away from the group and away from training to allow themselves to be in the best possible condition has been excellent,” said Droog in praise of the players.

More praise flows when referencing the epic 13-man semi final win. This time praise for their mental strength rather than their physical strength.

“We have seen it quite often that if a side loses one man its very easy for them to galvanise but to lose two men - I haven’ t seen too many teams go and do what they did.”

The semi final was five weeks ago.

“The last couple of weeks is only about adding some sprinkle dust to the top - most of the hard work is done month and months ago. The way the GAA season works now, you have to peak three or four times to County Final time and then each thereafter is knockout and you have to be mindful that you are always ready for the next game,” he said.

All Ireland final day was new to all last time round, but that wasn't an issue they had to address this time.

“You don’t expend the same amount of mental energy on it because we have already done it and it’s an experience that is already there. From that point of view we are served quite well but equally Cuala have a more recent understand of it from this time last year,” he said.