Declan Hannon insists Limerick hurlers don't "get too carried away" 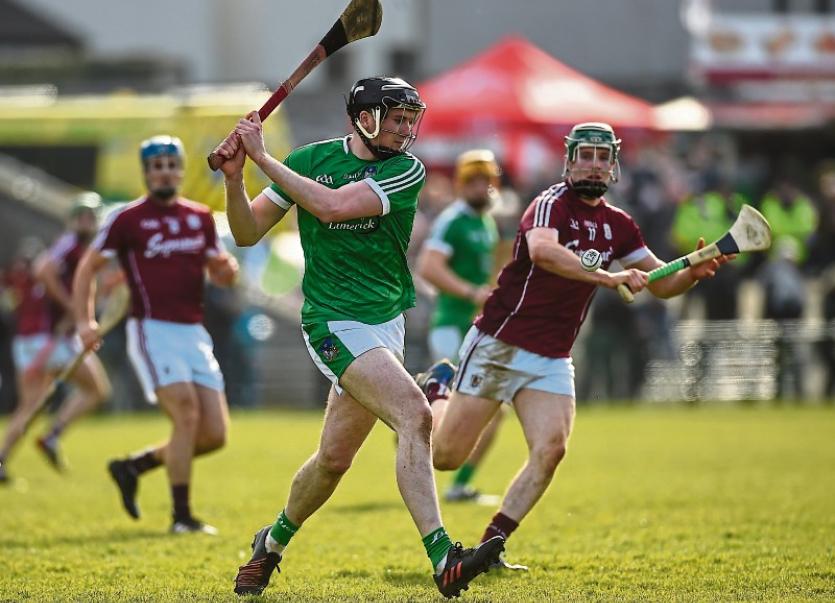 LIMERICK hurling captain Declan Hannon is in his eighth season with the inter-county side but like the majority of the current panel he hasn’t played top tier league hurling.

“I think you could see there for the last five minutes of that game the hurt that we experienced over the last few years and that seemed to get over the line eventually,” said Hannon outside the Limerick dressing in Pearse Stadium.

Although Limerick are now unbeaten in eight games this season, Hannon stresses much work is still ahead.

”We are building away quietly but still I wouldn't get too carried away with anything that we have done so far. We set out at the start of the year with the aim to be a different Limerick team to what's gone by in the last number of years because that clearly wasn’t good enough,” explained the centre back.

“We have been through a lot of things over the last number of years with disappointments and before we would have capitulated but this team is a small bit different and we knuckled down again,” outlined Hannon, who made his debut in 2011.

He added: “We are in a good place but definitely not getting carried away”.

“There is great confidence there – especially the U-21s who bring confidence with them. For us that are there eight or nine years its great to have them driving it on. There are a lot of leaders out on that field and it showed again today.”

The joy at the final whistle in Galway, did tell a story though.

“The first man I met was Tom Condon and he was absolutely delighted. He has soldiered for 10-12 years and yet might only have a year up in the top division – see what it meant to him today, even though he didn’t get game time.”

The captain said that a failure to panic during a below par first half was crucial.

"In the first half we weren’t happy because we deviated a good bit from our gameplan but we never panicked and said that we would chip away at the scoreboard in the second half and implement our own gameplan which we did,” he recalled.

“We have been giving good performances all year and that’s what we did in that second half and it got us over the line.”

Less than five minutes had lapsed when Galway led 1-3 to no score.

”It wasn’t ideal – the goal was my fault because I completely lost my man and he snuck in around the back. But we had 12 wides in that first half and if we had four or five of them the scoreboard would have been different at half time – we had a lot of possession but we were’n’t converting.”

He explained: “The first 10-15 minutes in that first half took us that long to get up to the intensity that Galway bring.”

”No disrespect to anyone else in Division 1B but they don’t bring anything as good as Galway did with the size of their team and their skill level - their use of the ball was something we didn't experience until today and it took us some time to get used to it but once we did we shut them down well,” explained the Limerick captain after the Salthill victory.