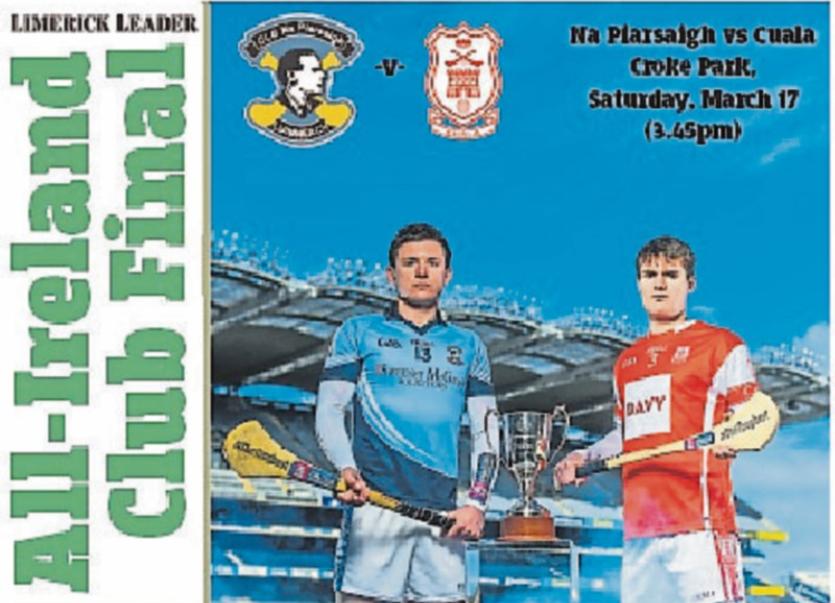 FOR the first time ever the last two champions meet in the All Ireland club SHC final this St Patricks Day in Croke Park with Limerick kingpins Na Piarsaigh bidding for a second title in three years.

A convoy of supporter buses will depart Caherdavin this Saturday morning hoping to return the Tommy Moore Cup back to Limerick for just the second time.

Reigning champions Cuala stand between Na Piarsaigh and their attempt to join an elite list of just 10 clubs to have two or more All Ireland club SHC titles.

And, Na Piarsaigh are planning without suspended duo Conor Boylan and Tommy Grimes who were red carded in their semi final win over Slaughtneil.

“When you get to a final all you want to do is win it - you don’t want to go in there and be a bridesmaid,” said Na Piarsaigh mentor Darragh Droog.

He said that the Limerick champions like Croke Park.

“Every player in the squad has been there - even Jerome Boylan, who is new this time was there with the Limerick minor set-up. It won’t overawe the lads. This group like to play at a high tempo and like open spaces so it will be like a breath of fresh air to get out onto Croke Park,” said Droog.

Saturday’s final has a 3.45 start and is the second part of a double-header with Cork’s Nemo Rangers playing Galway’s Corofin in the All Ireland club SFC final at 2.00. Both finals are live on TG4.