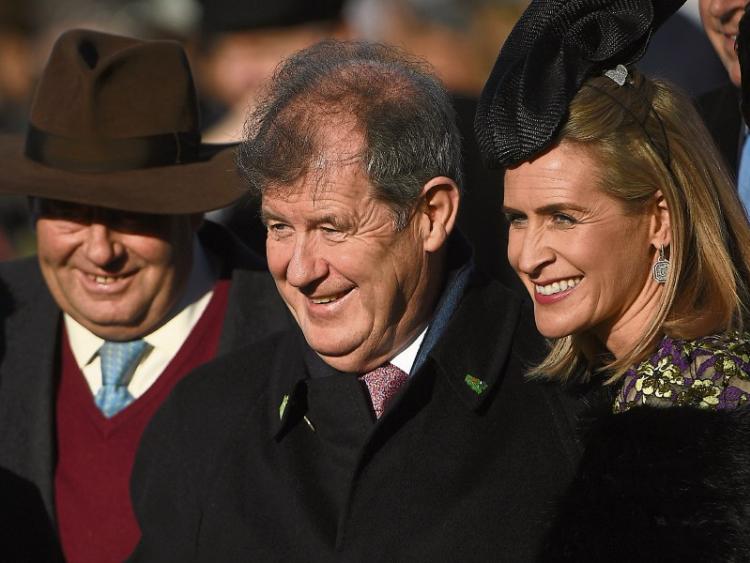 The Barry Geraghty-ridden odds-on shot Buveur D'Air narrowly held off 7/1 shot Melon to become the first horse since Hardy Eustace in 2005 to win back-to-back Unibet Champion Hurdles on the opening day of the four-day Festival.

McManus won the champion hurdle three times with Istabraq and also had his colours carried to success by Binocular and Jezki as well as back-to-back wins by Buveur D’Air.

Winning jockey Barry Geraghty, who missed the Champion Hurdle victory last year, said: "It’s real winter conditions out there and very tacky down the back straight. He battled hard. I tried to save as much as I could and go as late as possible.

"It was a proper race. I thought the runner-up was coming to beat me. My horse is as tough as nails. He dug deep."

Buveur D'Air just clings on to become the first horse since Hardy Eustace in 2004 and 2005 to win back-to-back renewals of the Champion Hurdle @CheltenhamRaces. #TheFestival

New Betfair customers get up to £100 in free bets: https://t.co/M5sVHe3vhU (T&Cs apply ) pic.twitter.com/XPnLTFWL0g