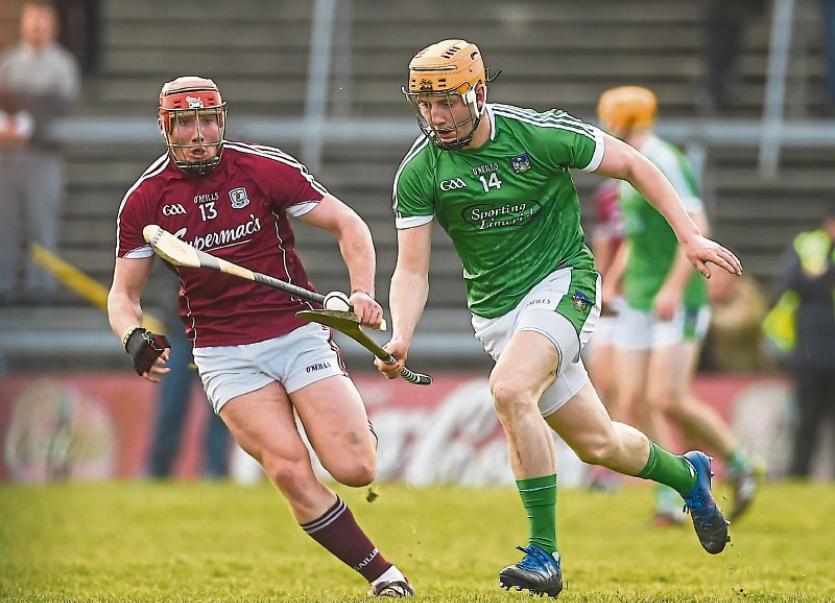 A sensational second half from Limerick ended an eight year wait for Allianz Hurling League promotion after a 2-18 to 1-19 win over Galway.

John Kiely’s Limerick had to go to Salthill to play the All Ireland and League champions in this final round Division 1B group game.

Limerick knew a win or draw would seal promotion and it certainly didn’t look likely at half time but then the men in green turned in a top second half display.

Limerick didn’t lead until the 67th minute when Cian Lynch pointed. Indeed Galway were ahead until the game was level for the first time with 10-minutes to play.

Watched by 9728, All Ireland champions were assisted by the breeze in the opening half and swept Limerick aside at times in the opening half. The Tribesmen led 1-15 to 1-7 at the break after a half in which Limerick hit 11 wides and the home side just four.

The home side in Pearse Stadium hit the ground running and had 1-3 on the scoreboard inside four minutes – Cathal Mannion with the third minute goal.

Gearoid Hegarty finally had Limerick off the mark in the fourth minute and then two minutes later Aaron Gillane fired a penalty low to the net after Barry Murphy was fouled.

Seamus Flanagan hit the first of his four first half points and the Galway was was down to one point after eight minutes.

Limerick were to hit just one of the next eight points as the men in maroon stretched 1-10 to 1-3 clear with 22-minutes played. Mannion, wing back Greg Lally and midfielders Johnny Coen and David Burke among the Galway scorers.

In 15-minutes, an Aaron Gillane free was to be the only Limerick score. The Patrickswell men ended the barren spell with a ‘65 and then came back-to-back points from Flanagan to leave it 1-13 to 1-6 with 30-minutes played.

Flanagan was to score three points in that final 10-minutes but Jason Flynn frees ensured an eight point interval lead.

Limerick looked more determined early in the second half and out scored Galway 1-5 to 0-1 after 10-minutes.

Galway started with nine of their All Ireland final team and now in trouble introduced John Hanbury and Joe Canning.

David Reidy and Aaron Gillane (frees) kept Limerick in the hunt and when Seamus Flanagan had his fifth point the game was level, 2-15 to 1-18 with 10-minutes to play.

Then three minutes from time Cian Lynch had Limerick ahead.