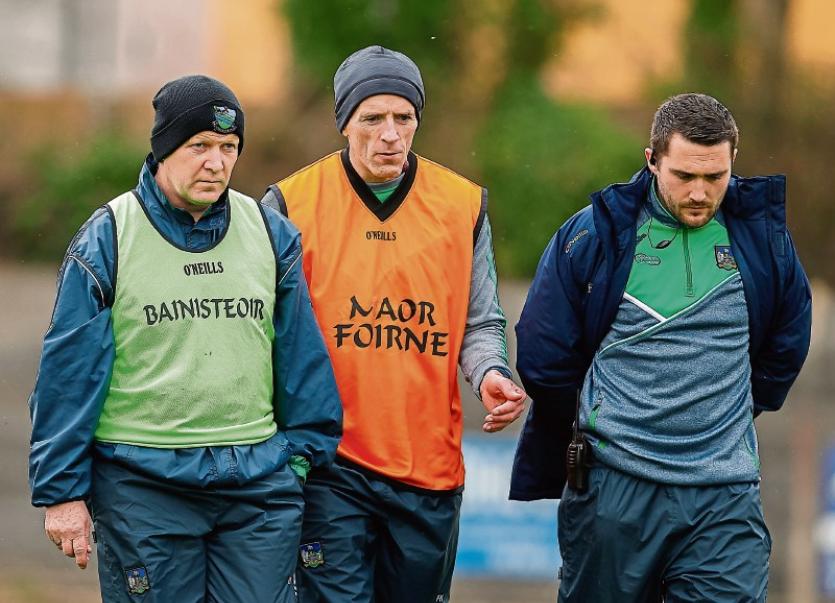 Saturday’s rearranged round five Division Four game will have a 7pm start in Kilbreedy in Martinstown.

Since Kilmallock last hosted a league game, Limerick have been to Newcastle West, the Gaelic Grounds and UL. The Martinstown venue joins a long list of grounds to host a competitive football fixture with Mick Neville Park, St Senans and St Patricks all hosting McGrath Cup games in recent seasons.

It’s 2014 since Limerick last played all their home league games at the same venue.

This game was originally fixed for Newcastle West, before Storm Emma forced a change. Limerick favoured a Saturday contest and this Monday Croke Park officials gave the go ahead for Staker Wallace to host the game.

“We have no issue what so ever with the venue,” said Billy Lee.

”The lads were very down afterwards but it’s our job to pick them up – the break for the storm might not have been the worst,” said the Limerick manager.

”Looking at the performance there was no way that Leitrim were a double score better team than us,” stressed Lee.

“We will keep working hard – what doesn’t kill us will only make us stronger. I have no question but that these lads have ability – there is plenty raw talent there but these guys are young.”

In the four Limerick games, Lee and management team of Paudie Kissane, Ricky Ronayne, Brian Begley and Barry Fitzpatrick have used the majority of their new-look panel.

Last time out Garrett Noonan and Daniel Daly were absent but could return from injury for the visit of The Decies.

“When you look at our defence the last day the oldest player was 23 – they might have been around a few years but they are still learning,” outlined Lee.

Limerick have scored 3-40 and conceded 8-49 in the four league ties so far.

”These fellas are working unreal hard – no one is throwing their hat at it. We will drive on,” vowed Lee.

He added: “These guys have good character.”

Waterford arrive in Limerick on Saturday with Limerick based Tom McGlinchey in his fourth year as their manager.

A former Limerick minor and U-21 football manager, McGlinchey was at the helm of the county U-21 team in 2013 – current Limerick seniors Paul White, Darragh Treacy, Danny Neville, Peter Nash and Jamie Lee were all part of that set-up.

Cork native McGlinchey, is also a former Tipperary senior football manager and was at the helm of a Ballylanders winning Limerick SFC side.

This time last year, Limerick and Waterford met in Fraher Field with the visitors emerging with a 0-14 to 0-8 win. Six of that Limerick team are no longer involved.

After Saturday, Limerick complete their Division Four campaign with Sunday March 18 trip to Aughrim to play Wicklow and entertain Antrim in the final round in the Gaelic Grounds on Sunday March 25.

With Laois, Carlow and Antrim battling for promotion, the Limerick quest is to ensure that they don’t finish bottom of the pile.

Limerick entertain Clare in the Munster SFC on Saturday May 19 in the Gaelic Grounds and before that are two rounds of club championship.