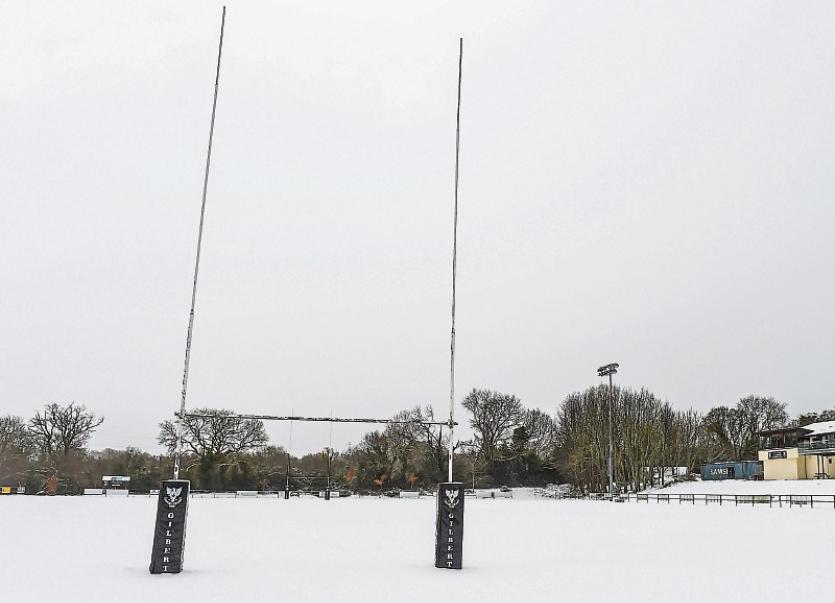 THIS Saturday’s scheduled round of Ulster Bank League games are the latest sports fixtures to fall victim to the current cold snap gripping the country.

Limerick’s seven senior clubs were due to play crucial fixtures in the fourth last round of regular season games.

However, it has been decided to postpone all games in the All-Ireland League this weekend due to current severe weather conditions and future forecasts from Met Eireann.

In Division 1A, fourth-placed Garryowen had been due to host second-placed Terenure at Dooradoyle in a crucial fixture in the battle to secure a play-off place and home advantage in those play-offs.

Also in 1A, in-form Young Munster had been hoping to boost their play-off hopes by picking up a win away to Dublin University.

All games have been postponed this weekend. We will advise as soon as we know when our #UBL game against @DUFCRUGBY #Trinity is to be re-fixed.

Meanwhile, in Division 1B, second-placed Shannon, looking to boost their promotion hopes, had been due to travel to Musgrave Park to face basement side Dolphin.

Also in 1B, rejuvenated UL-Bohemian were due to host table toppers Ballynahinch in another crucial fixture.

Please note that due to the status red weather warnings in place, this weekends game v Dolphin has been postponed, a new date will be issued in due course.

Any other disruptions will be advised by email and Facebook/Twitter. We will keep you posted! #UBL

In Division 2B, leaders Old Crescent were due to make the trip to Dublin to face Wanderers. Free-scoring Crescent have won each of their 14 league fixtures to date.

Also in 2C, Bruff had been due to face basement side Tullamore at Kilballyowen Park. Bruff currently sit four points off the top four places.