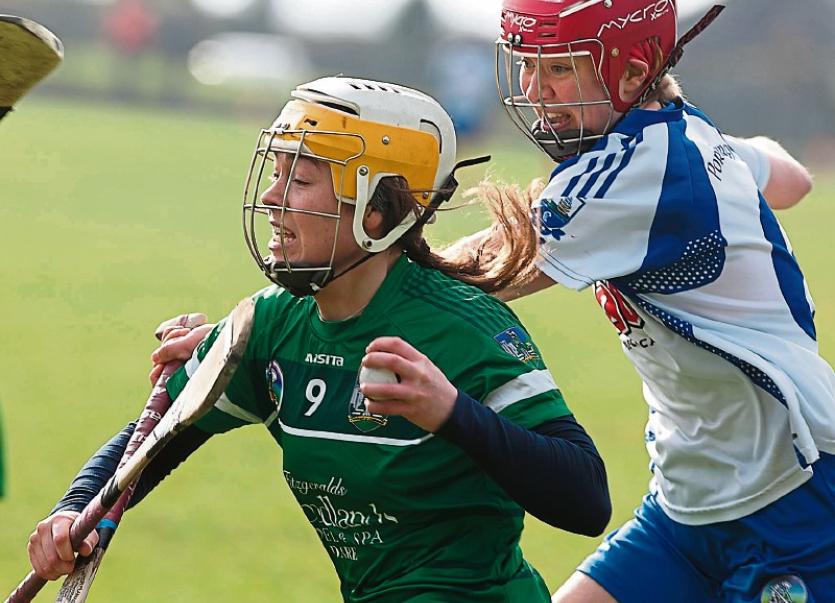 LIMERICK reached the semi-finals of the Littlewoods Ireland Division 1 Camogie League after playing out a hard fought 1-9 each draw with Waterford at Ballyagran on Sunday.

The share of the spoils means Limerick pip Waterford to the Division 1 semi-final place on offer by virtue of their superior points difference and the Shannonsiders’ reward is a clash with old rivals Cork.

This is the third successive year that Limerick have reached the league semi-finals.

Limerick led 1-3 to 0-5 at half-time, their goal coming from top scorer Niamh Mulcahy inside three minutes after the lively Rebecca Delee had pointed the home side in front.

Despite suffering that early body blow, Waterford recovered and the visitors had drawn level by the 22nd minute when outscoring their opponents by 0-5 to 0-1.

VIDEO: An ultimately vital first-half goal by Niamh Mulcahy as @LimCamogie secured a place in the @LittlewoodsIRL Camogie Leagues Division 1 Semi-Final after a thrilling draw with @deisecamogie #StyleOfPlay pic.twitter.com/Wopenpf45g

Indeed, had it not been for an excellent save by Limerick goalkeeper Laura O’Neill who did superbly to deflect Kaeisha Tobin’s close range effort over the crossbar, the home side could well have trailed.

Limerick looked to have gained a decisive edge when points from Mary O’Callaghan and a Mulcahy free had them 1-5 to 0-5 to the good after 34 minutes.

However, resilient Waterford hit back to edge a point in front 1-8 to 1-7 with a Tobin goal on 52 minutes.

Caoimhe Costello levelled for Limerick after a fine run by Sarah Carey.

While Mulcahy pointed Limerick in front with a 59th minute free, to bring her tally for the afternoon to 1-6,  Waterford secure a draw with Beth Carton’s seventh point of the contest.