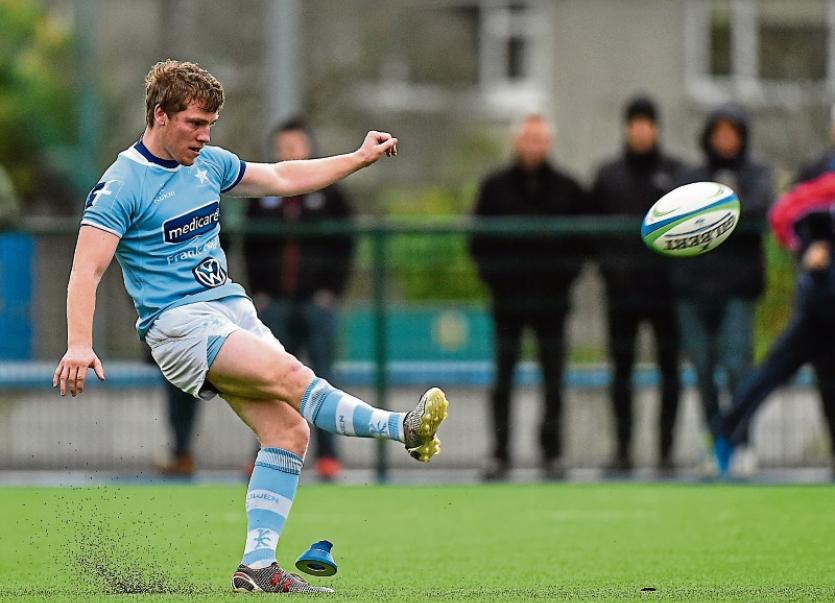 MUNSTER are looking at in-form Garryowen scrum-half Neil Cronin as a possible signing this summer in order to bolster their options in the number nine jersey.

Cronin, brother of Leinster and Ireland hooker Sean, has been in superb form with Garryowen this season, captaining the ‘Light Blues’ to Munster Senior Cup final success, and inspiring Conan Doyle’s side to a top four play-off position in Division 1A of the Ulster Bank League with four series of games to go.

Twenty five-year-old Cronin, who has also been a prolific points scorer for Garryowen, made his debut for Munster 'A' against Worcester Warriors at the CIT Sports Stadium, December 2014.

Impressive performances at 'A' and club level saw the qualified secondary school teacher win his first senior cap for Munster against Leinster in the Guinness PRO12 on St Stephen's Day 2014.

Former Castletroy College Munster Schools Junior Cup winning captain Cronin went on to make a further three appearances off the bench for Munster in the 2014/15 season.

Asked at their weekly press briefing at UL this week about Munster’s reported interest in securing the services of Cronin for next season, the province’s head coach Johann van Graan said: "I don't want to speculate on any contracting at this stage. All I can say is that I am still very new.

After maybe six months I will give a broader view, but I'm watching club rugby and I have seen some very good performances by certain players and if guys from club rugby stand out then I would like to have a look at them.

Van Graan insists the club game in Ireland is a ‘massive part of rugby’.

"I have been pretty busy with the things I need to manage at this stage, but I would love to actually go down and watch club games. I just haven't been fortunate enough to do it, but it is a massive part of rugby.”

Asked if he would like to see Munster Academy players turning out for club sides more often the South African said: "I think that is happening at this stage.

“The only way players will get better is if they play games, make mistakes or do things well and do it repeatedly.

"No player just walks into professional rugby and just performs. Some guys do it in their first year and then most likely had a dip in their second year, so rugby is an ever evolving thing."

Munster host Conference A table toppers Glasgow Warriors in the Guinness Pro14 at Musgrave Park on Friday night. While Munster boast an excellent home record this season, the province has struggled to pick up wins on the road.

Away from home, Munster have recorded only one win in the Pro14  since mid-September – on a trip to Zebre in Round 9.

Van Graan said: "I think the simple answer is that we have got to be better and limit our soft moments.

“I also saw the away form of Munster last season which was pretty special and they won a few games in the last second.

“I thought we had one or two opportunities to do it this week as well and didn't really capitalise, so it is something that we are aware of and that we are trying to improve.

"I think the players themselves take pride in those last few minutes and like I said, we had a line-out five yards away and we lost it, created another opportunity and at least Tyler took it for the one point.

"We felt pretty good in Europe away, but if you want to be number one in your pool you need to win your away games.

“It is going to be pretty hard to catch Glasgow at this stage, but obviously we want to improve in home and away games.