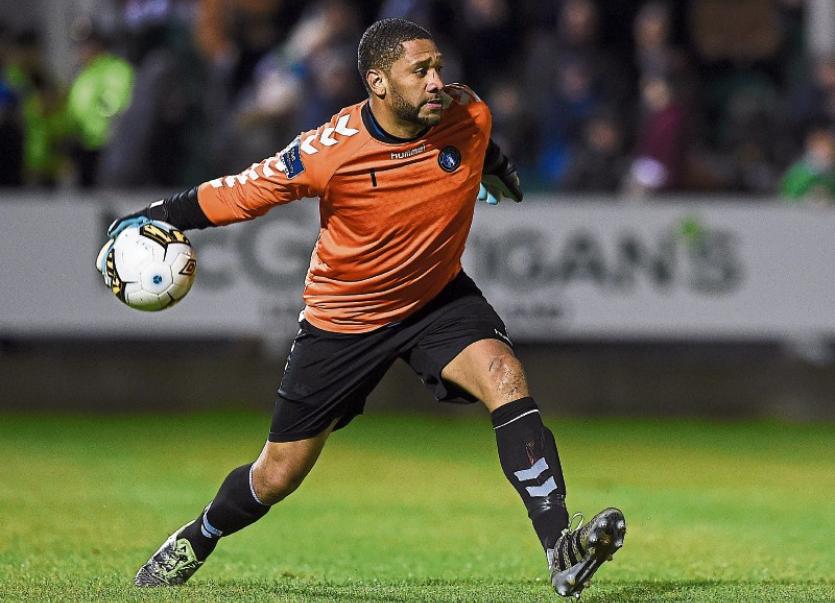 Limerick FC goalkeeper Freddy Hall who is leaving the club

LIMERICK FC have confirmed that the club has ‘reluctantly’ accepted the decision of goalkeeper Freddy Hall to leave the club for ‘personal reasons’, after he expressed his wish to return home.

Bermudan international Hall joined Limerick FC in the summer of 2015.

In more recent times Hall has fallen behind Brendan Clarke in the pecking order for gametime at Limerick.

In a statement, Limerick FC said Hall ‘has undoubtedly left his mark on the club, on and off the field, with his friendly approach particularly with our younger supporters appreciated by all.’