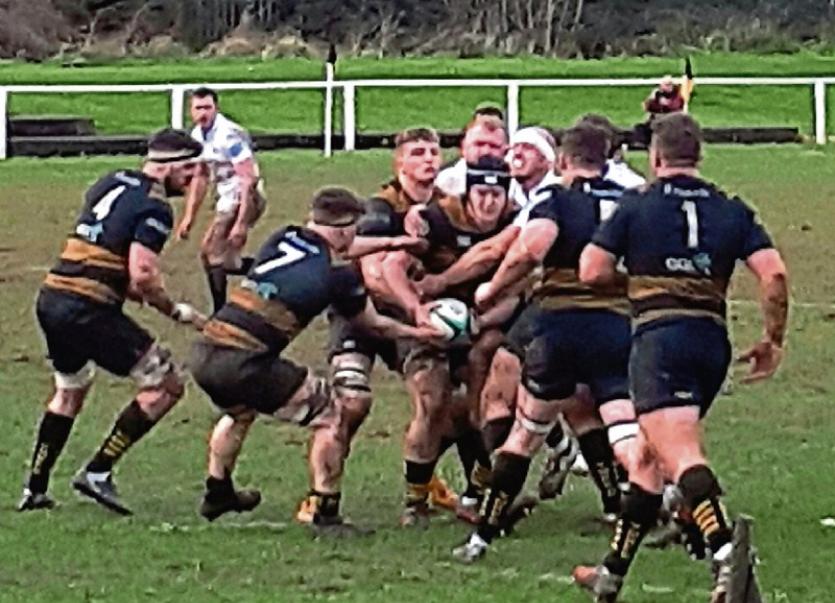 THERE were four precious Limerick wins on a dramatic day of Ulster Bank League action.

In Division 1A, Garryowen and Young Munster kept their top four play-off hopes very much alive after recording vital wins, while runaway leaders in Division 2B Old Crescent racked up more than 100 points without reply in hammering City of Derry at Rosbrien and in Division 2C, Thomond kept their promotion bid on track with a vital home win over Midleton.

Garryowen made it three successive wins on the bounce in Division 1A as a 17-0 victory away to UCD saw the ‘Light Blues’ move into the play-off places.

Fourth-placed Garryowen, who led 7-0 at half-time, scored two tries through Liam Cronin and Diarmuid Barron, while scrum-half Neil Cronin converted both and added a penalty goal.

Young Munster's 15-11 success over Cork Con was the Limerick sides fourth successive victory over their Munster rivals in the Ulster Bank League.

This was a full-blooded, high intensity contest right through. The sides were level 3-3 at half-time with Con's Tomas Quinlan cancelling out Shane Airey's earlier penalty for the home side.

Munsters' hit the front with a Jack Harrington try on 44 minutes after full-back Alan Tynan and Airey combined well.

However, holders Con hit the front for the first time when, following a 50th minute penalty from Quinlan, a Gerry Hurley try had the visitors 11-8 to the good.

The drama was far from over, however, and Munsters' claimed their fifth straight win in the league this season when number eight Gavin Coombes powered over in the 80th minute with Airey adding the conversion.

Meanwhile, in Division 2B, leaders Old Crescent recorded a facile 104-0 victory over hapless City of Derry at Rosbrien to boost their automatic promotion hopes.

The Limerick side, which led 52-0 at half-time, scored 15 tries in all. Val McDermott helped himself to a hat-trick of tries, while Brendan Guilfoyle and Cian Reale managed a brace of touchdowns each.

The victory over the division’s bottom side leaves the Rosbrien side eight points clear of second-placed Rainey Old Boys with now just four series of games to come.

In Division 2C, Thomond moved back to the top of the table after recording a hard fought 19-17 victory over Midleton at Liam Fitzgerald Park.

After Evan Cusack kicked Thomond into a 3-0 lead early on. Midleton rallied and led 10-3 after 35 minutes. However, the complexion of the game changed when Cusack struck for an intercept try, with the conversion tying the score at 10-10 on 38 minutes.

Three further penalties from Cusack in the third quarter had the home side 19-10 in front, before a late converted try for the Cork side helped the visitors secure a losing bonus point.

Also in 2C, Bruff fell to sixth-place in the table on the back of a heavy 37-10 defeat away to seventh-placed Seapoint.

Bruff, who trailed 7-20 at half-time, are now four points off the promotion play-off places with now just four series of games to go.