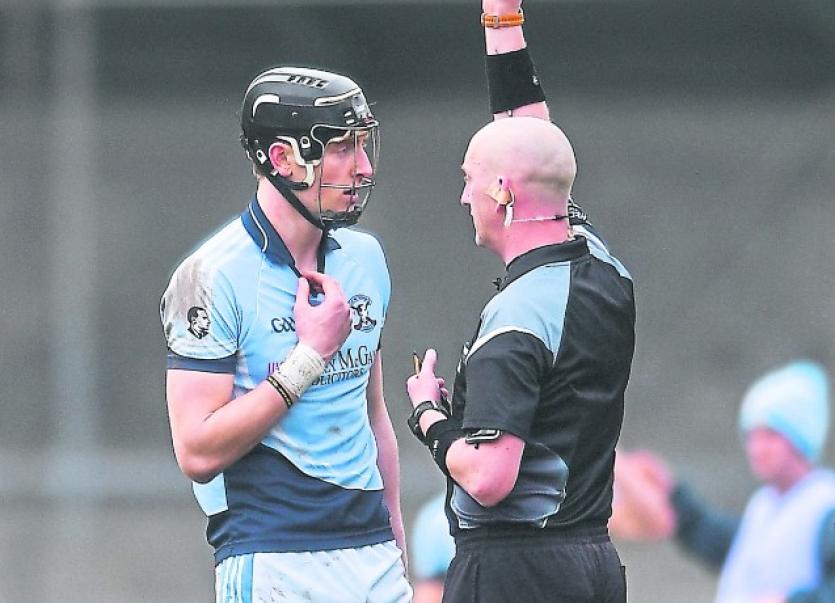 NA Piarsaigh are to await confirmation of the referee's report before making any decision about appealing the two red cards issued in Saturday’s epic All Ireland club SHC semi final.

Referee John Keenan of Wicklow sent-off Conor Boylan and Thomas Grimes inside the opening five minutes of the second half before 13 man Na Piarsaigh turned on the style to advance to another St Patrick's Day final in Croke Park.

The red cards would rule the 2017 All Ireland U-21 winning duo out of the March 17 final against reigning champions Cuala.

As well as the two red cards, Na Piarsaigh also have an injury to Adrian Breen. Man of the Match in the 2016 All Ireland final win, Breen was forced off at half time on Saturday after sustaining an injury to his AC joint in his shoulder. The attacker could miss two weeks training but is expected to be fit for next month’s final against the Dublin champions.

Na Piarsaigh’s progress to the club final means that their players won't play any group games in the hurling league with Limerick.

But there are a few games to negotiate for some members of the Na Piarsaigh team ahead of March 17.

This Saturday (1.30) senior corner back Jerome Boylan will play in the Harty Cup final with Ardscoil Ris. The teenager will be wing back on the school side that plays Midleton CBS in the Munster Post Primary Schools Senior A Hurling Final in Mallow.

Jerome Boylan will also be among a group, containing red carded duo Grimes and Conor Boylan, that will play in Limerick Premier U-21 hurling championship as they bid to kick-start their quest for seven titles in a row at that grade.

This Saturday (7.00), attentions turns back to the Allianz Hurling League – Limerick v Dublin in the Gaelic Grounds.