Shane Dowling back with a bang for Limerick champions Na Piarsaigh 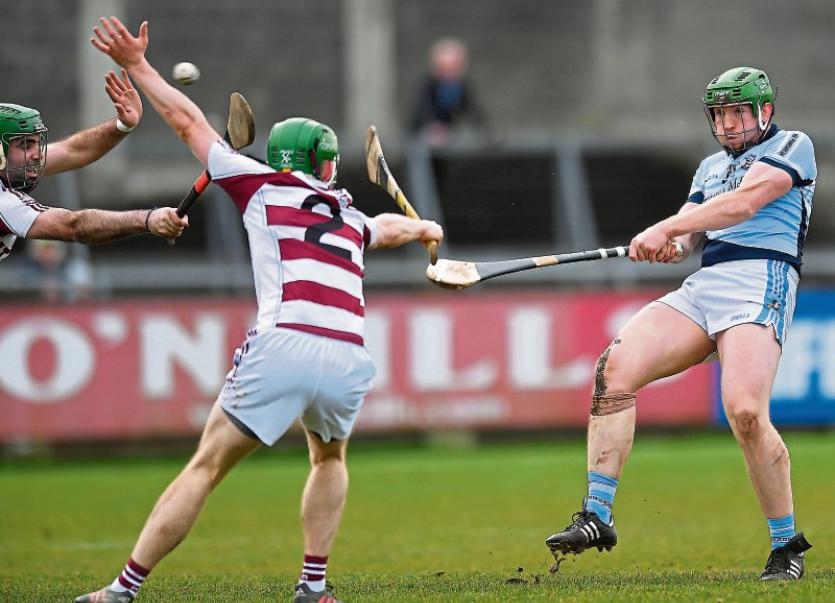 ONE week after leaving training in tears fearing an injury recurrence, Shane Dowling scored a wonder goal to seal Na Piarsaigh’s return to the All Ireland club SHC final on St Patricks Day in Croke Park.

Dowling limped out of last October’s Limerick SHC final win over Kilmallock and hasn’t played since. Down three points in Saturday’s All Ireland semi final, Na Piarsaigh sprung Dowling from the substitutes bench.

Nine minutes from the end, Dowling struck for Na Piarsaigh’s third goal to copper-fasten a most remarkable semi final win with 13-men.

”It was some second half and there is no point saying otherwise but we needed it - the first half watching from the stand was so disappointing to watch,” said Dowling after the Parnell Park epic.

“​The way we played in that first half, and it's no disrespect to Slaughtneil they put an awful lot of work in, was so disappointing and it was the same against Ballygunner. We need to start starting quicker or else! We are going to be playing better opposition the next day and we need to start quicker - that can't happen again,” stressed the goal scorers.

He added: “It’s within our control and something we can work on”.

Na Piarsaigh trailed 2-6 to 1-6 at half time but within five minutes of the second half starting they were down to 13-men after two red cards.

”The second half we needed something special and everyone to step up to the mark and they did,” Dowling said proudly.

“We put our shoulder to the wheel and we needed to because if we didn't we were going home like six years ago and that wasn't a nice experience. Everyone was outstanding. Even from their point of view they were launching ball down time after time into the middle of a ruck in our backs and the backs were sensational,” he recalled.

What of his goal?

“It was great that it worked out,” he said modestly.

”I might not get all the credit that I deserve for my work-rate on the field so that's something that I am conscious of and I could see him slowing down and you take your chance,” he recalled of the build-up when he blocked down the goalkeeper’s attempted clearance.

”One in 10 chance is all that you might get and thankfully I got that today. Look at the pitch - when I went to rise that ball I could have made a divot in the pitch but it just popped up and went in a millimetre from the crossbar - you need that bit of luck and thankfully we got it,” he said with a smile.

But Dowling almost didn’t play at all.

”This day last week I broke down in tears in Na Piarsaigh after doing a warm-up. The knee just didn't take it. All credit to Tadgh O'Sullivan (surgeon), who saw me Monday afternoon with very short notice and told me what it was and what I needed to do and only for him I don't know would I be here today. This day last week I was crying going home in the car while everyone else was still playing a match - it's amazing what a week can do. I am just delighted to get back on the field of play.”