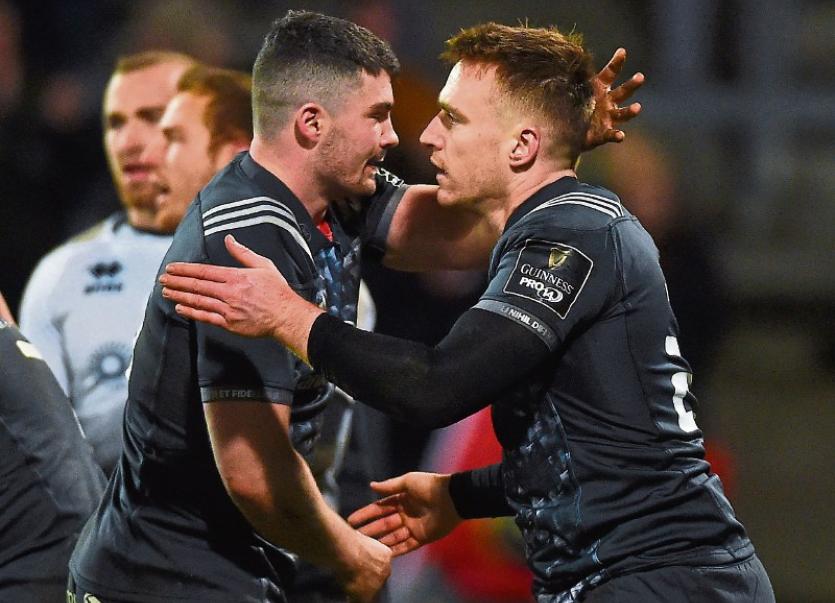 MUNSTER scored a convincing 33-5 bonus point victory over Zebre in the Guinness Pro14 at Thomond Park on Saturday night.

Centre Sam Arnold’s double helped Munster to a five-try victory over the Italians and strengthen their hold on second in the Guinness PRO14 Conference A table.

The returned Arnold’s well-worked first try just before the half-hour.

Brian Scott crossed just before half-time and Guglielmo Palazzani got one back for Zebre for the first score of the second period, before Munster cut loose.

Man of the Match Robin Copeland and Rory Scannell helped bring the bonus point, leaving Arnold, making his first appearance for the province since New Year’s Day, to complete his double with the fifth to put the seal on a comfortable win.

The game saw scrum-half Duncan Williams earn his 150th cap for the province, while centre Dan Goggin came in for his first start of the season after recovering from a knee injury.