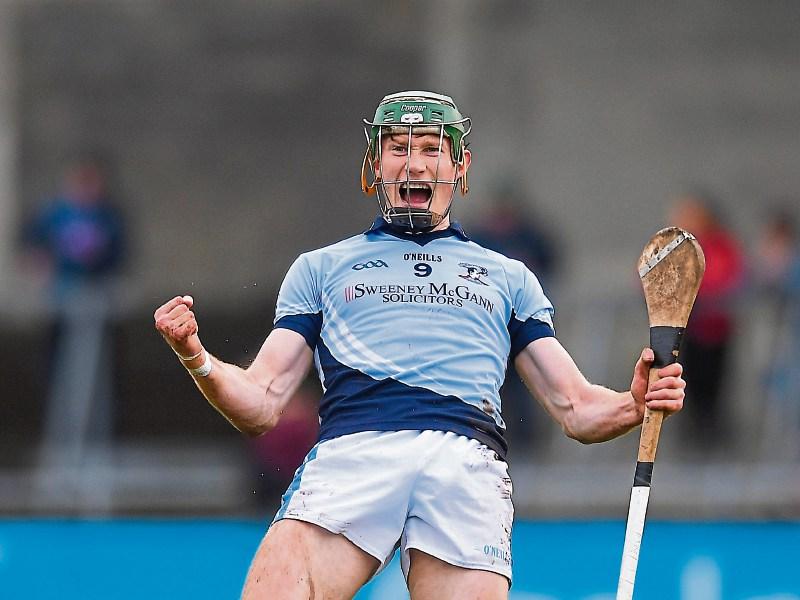 AN incredible display that will be recalled for years to come from Na Piarsaigh this Saturday afternoon to book their place in the St Patricks Day All Ireland club SHC final.

The Limerick men emerged 3-15 to 3-8 winners over Slaughtneil of Derry in Dublin’s Parnell Park.

And, all that with 13 men – Conor Boylan and Tommy Grimes were shown straight red cards within five minutes of the start of the second half.

2016 champions Na Piarsaigh were the hottest of 1/50 favourites to reach the Croke Park final but had to produce one of the great second half performances to overcome the Ulster champions.

And, it was a second half that saw Shane Dowling strike a most memorable of goals.

At half time Slaughtneil were 2-6 to 1-6 ahead after playing with the breeze. The Derry men hit nine wides in that half, compared to four for the Limerick champions.

Ronan Lynch accounted for all Na Piarsaigh points – four from frees and two from play.

There were three goals in a seven minute period just after the mid-point of the first half.

Ronan Lynch with the Na Piarsaigh points as Slaughtneil led 0-4 to 0-3 after 11-minutes.

Then in the 16th minute came the first goal. Brendan Rodgers pulled down by Mike Casey and Slaughtneil winning a penalty – Cormac O’Doherty goaled with a brilliant penalty and the Ulster champions were 1-4 to 0-3 ahead.

Lynch replied with a free and then the game was level again after a superb Conor Boylan goal, who had just moves into the full forward role in a switch with Kevin Downes.

As the game swept end-to-end, the men in maroon hit another goal in response – Brian Cassidy blasting to the net for a 2-5 to 1-4 lad on 22-minutes.

Two frees from Lynch left just a goal between the sides at the break after a pulsating opening 30-minutes.

The second half was to be better.

The Caherdavin men were clearly a changed outfit and scored the first six scores of the half.

Undeterred Peter Casey then pointed from play to level the game for the fifth time, 1-9 to 2-6.

But within a minute, Shane O’Neills men were down to 13 men when Tommy Grimes was red carded.

Experience and leadership came to the fore for the four times Limerick and Munster club champions and they restricted Slaughtneil to just three scores in the half.

By the time, the Ulster side reopened their account Na Piarsaigh had gone ahead, 2-11 to 2-6.

The second goal came from Kevin Downes and it was a top finish after a fine pass from Shane Dowling.

There was no sign of Na Piarsaigh getting tired, despite being two men short.

Then in the game’s 51st minute came a goal to remember for Dowling. Downes worked hard to keep the sliothar in play, Lynch then pressurised the defender and as the goalkeeper attempted to clear his lines, Dowling blocked him down. Then came the finish, Dowling lifting the ball over the goalkeeper to volley into the net from 20-metres.

Shane Dowling announces his return from injury with a cracking goal! pic.twitter.com/8Ji7aSJHDQ

There was to be a consolation goal for the Derry men but they were only playing a supporting role in this epic encounter.