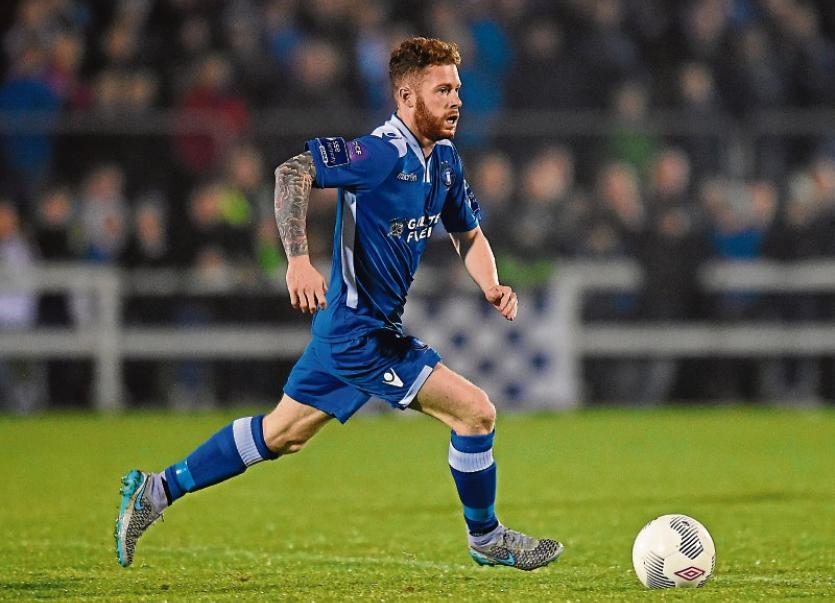 Midfielder Lee J Lynch has confirmed his departure from the club

LIMERICK FC have been dealt a blow 10 days before the start of the new SSE Airtricity League Premier Division season with confirmation from Lee J Lynch that he is not re-signing for the Blues for 2018.

Lynch confirmed in a post on social media that he is leaving Limerick FC after spending three seasons with the club.

Twenty six-year-old Lynch has been at Limerick FC since re-signing for the Blues in July 2015.

In announcing his departure from Limerick, Lynch thanked everyone at the club.

“It was a pleasure to play for my hometown club and thanks to all the fans for their support over the past three seasons,” Lynch wrote

“I wish Limerick FC all the best for the 2018 season and the future.”

Lynch also spent the second half of the 2014 season with Limerick, joining from St Patrick’s Athletic. Lynch then departed for Scottish side Hamilton Academical in January 2015, leaving there in March before signing for Limerick.

Lynch began his career with Regional United before moving to West Bromwich Albion in England at the age of 16. There, he played an important role in the youth team and progressed to play for the reserves.

In 2010, he moved to Spain and signed with the Glenn Hoddle Academy, going on to spend the season at Jerez Industrial.

The midfielder returned home to sign for Drogheda United in the 2011 July transfer window and even in a short spell he earned the supporters’ Player of the Year award.

He soon moved to Sligo and in his first season he played a key part in their first title success in 35 years, and last November he was part of the squad that captured another FAI Cup for the Showgrounds club.

The former Republic of Ireland Underage International switched to St. Pat’s for the 2014 campaign.

Following a meeting of the Independent Club Licensing Committee of the Football Association of Ireland (FAI), Limerick FC was this week awarded a Premier Division licence for the 2018 SSE Airtricity League season.