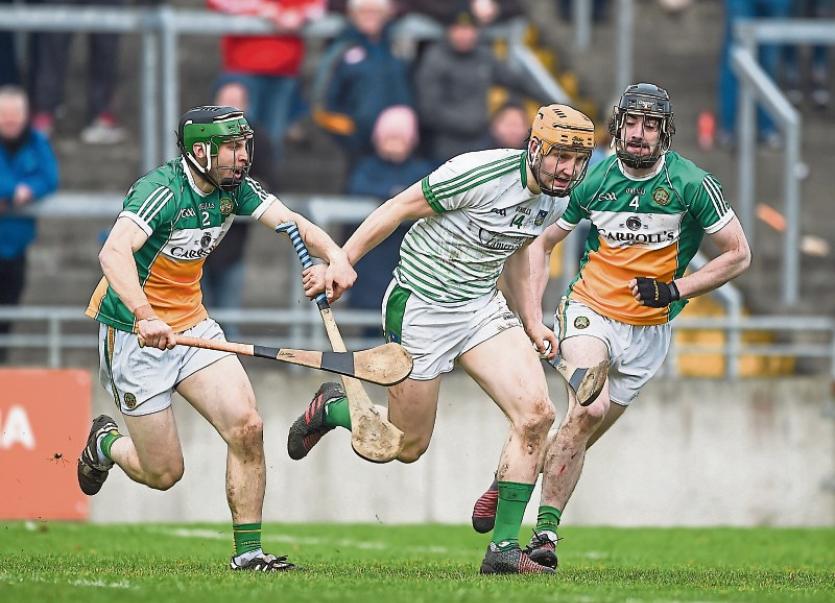 “VERY happy with the performance,” said Limerick hurling manager John Kiely after his side defeated Offaly.

Game by game it is clear the Limerick hurling season is positively taking shape. Sunday’s Offaly display made it five wins from five in competitive action this campaign but more importantly it maintains a Division 1B push towards promotion with three group games remaining in the Allianz Hurling League.

The 17-point win in Tullamore was a most impressive team display, built on a big work-rate.

“It was very physical for the first 20-25 minutes and the game was in the melting pot at that stage. But I think we managed to impose ourselves on the game in that 10 or 15 minute period before half time, we got five points of a gap and that was key to it. We were able to keep them at arm’s length and then pushed on in the finish,” explained Kiely.

”The first twenty minutes was very tight and physical, both teams were very condensed in the middle third, and when the ball went into the inside lads they were being very tightly marked – if they didn’t get it up first time, the chance was probably gone. Then they (Limerick players) managed to start winning ball themselves and taking on their man and that led to scores, so I’m quite happy with the performance and some of the scores that were taken,” he said.

Kiely added: ”There are a few bits to be tightened up on but overall you’d have to be very happy.”

”There was a far greater intensity to the game today, we came with a better attitude to the game and that was reflected in our performance. It’s an incremental thing, as you go from week to week you’re looking for a step up each time, and we’ll be looking for another step up when we play Dublin at the Gaelic Grounds in two weeks’ time.”

After a routine win over Laois, this Offaly tie proved an ideal test with The Faithful County on a high after beating Dublin in Croke Park.

”They played well last week, I was at the game in Croke Park, I thought they played exceptionally well. But we just didn’t allow them to impose themselves on the game today like they did last week, we dictated terms and that was it,” said the Limerick manager.

”The first 20-minutes were really tight and it was tit-for-tat with both teams having bad wides. They missed a penalty and then we seemed to drive on and created a cushion of five points before half time and once we got the first couple of scores in the second half we never looked back and got stronger and more dominant as a the game went on,” outlined a happy manager.