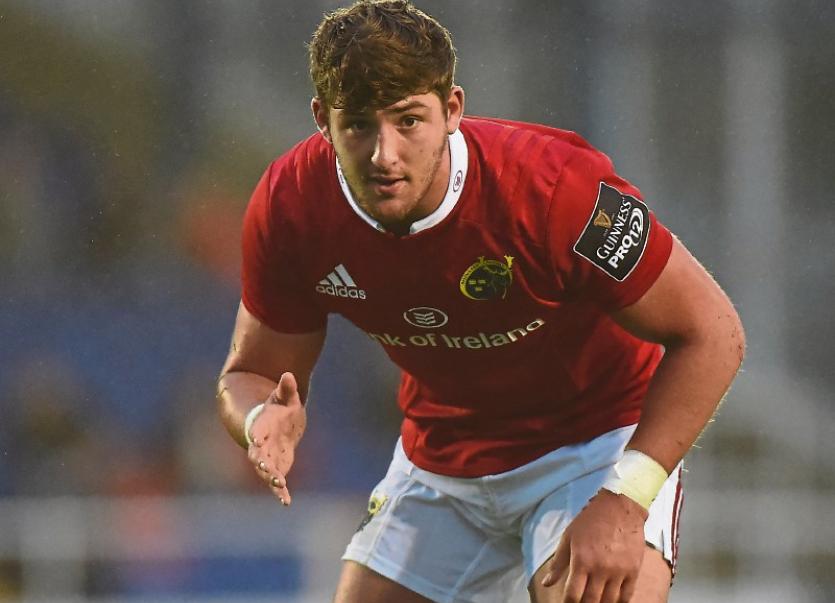 MUNSTER ‘A’ will travel to face Leinster A in the British and Irish Cup quarter-finals on Good Friday, March 30, at Donnybrook, 3pm.

Holders Munster A qualified for the quarter-finals with five wins from their six pool fixtures.

Elite Player Development Manager and Munster A head coach Peter Malone is looking forward to the challenge of facing their interprovincial rivals.

“It is shaping up to be a very exciting weekend with Munster and Leinster both at home in the Champions Cup quarter-finals and Munster A playing Leinster A.

“Leinster have been in great form over the course of the competition but we’re going up there strongly believing that we can win and quietly confident that we can do a job on them, but we’ll need to put in an excellent performance if we are to beat Leinster up there.

“I thought we had very good form in the pool stages of the competition and the big one was the head to head against Bedford when they got a bonus point against us and we didn’t get one against them but we learned a lot from that.

“We actually played very well against Bedford in Cork but a few mistakes cost us and we rectified those the following week when we won over there.

“Overall, we’re very happy. We’re in the quarter-finals, we’re playing in Ireland so it’s a trip up the road and it’s a big game and a big occasion for us against Leinster.”

The winners of the clash will be pitted against either Jersey Reds or Doncaster Knights in the British and Irish Cup semi-finals on the weekend of April 20-22.