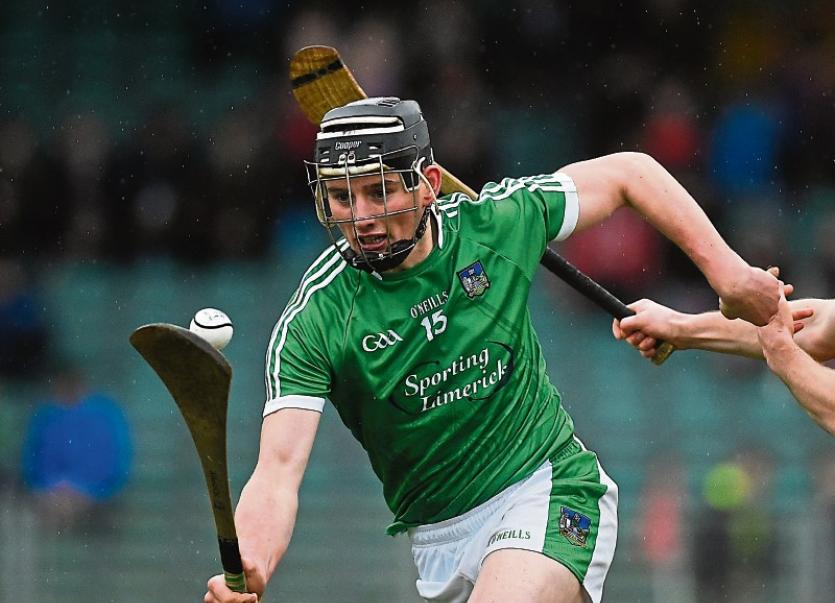 LIMERICK opened their Allianz Hurling League campaign with a win over Laois this Sunday in the Gaelic Grounds.

This was a far from impressive display but a game that John Kiely’s men always looked like winning at their ease.

Next up for Limerick is a trip to Tullamore on Sunday to play Offaly, who surprised Dublin in round one.

In this first league game of the season Limerick handed first league starts to Aaron Gillane, Seamus Flanagan and Paddy O’Loughlin. Introduced in the second half for first league appearance was Barry Murphy.

Limerick were 1-12 to 0-7 ahead after playing with the swirling breeze in the opening half.

It was the Patrickswell show in the early minutes with points from play from Aaron Gillane, Cian Lynch and Diarmaid Byrnes helping the men in green to a 0-6 to 0-3 lead after 10-minutes.

Gearoid Hegarty went close to a goal but for a fine save in the 11th minute but the corner forward did find the net in the 22nd minute after a fine pass from Gillane. The goal had Limerick 1-7 to 0-5 clear.

It was 26-minutes into the half when Paul Browne pointed in between points from Laois marksman Ross King.

Limerick finished the half on top with four points in the closing 10-minutes from Gillane and Tom Morrissey.

The second half was pretty much score-for-score.

Browne, Barry O’Connell and Morrissey had Limerick points for a 1-15 to 0-10 lead after 10-minutes of action.

By the mid-point of the half Limerick were 1-20 to 0-12 ahead with two points from sub David Reidy among the scores.

Then Laois grew in stature for a period with Ross King frees leading the way for them.

Limerick finished with points from Browne, Reidy and Gillane to ensure a 10-point win.