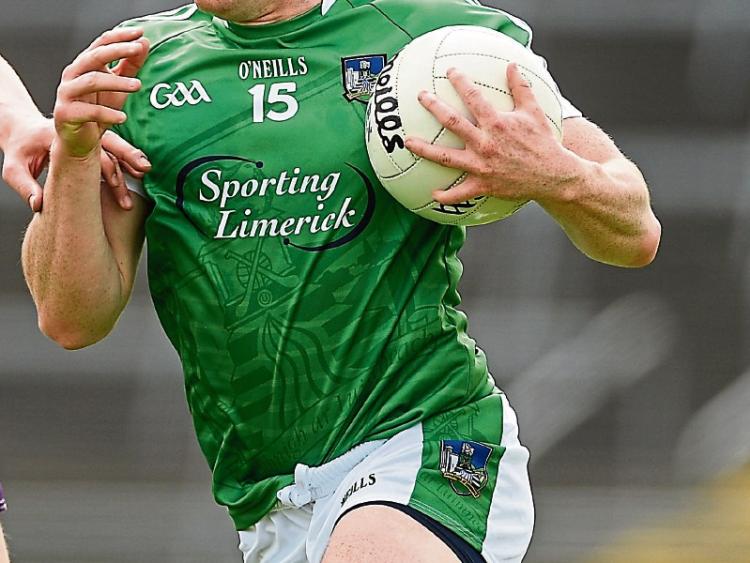 Defeat for Limerick in Portlaoise in Allianz Football League

DEFEAT was Limerick’s lot in round one of the Allianz Football League this Saturday evening with Laois worthy 2-12 to 0-9 winners in Portlaoise.

Two second half goals powered the Division Four promotion favourites to the win in O’Moore Park.

Limerick started with two debuts – Mark Connolly and Jim Liston in defence. In the second half Adare’s Limerick SFC winning captain Shane Doherty was introduced for his first senior competitive appearance, as was his club-mate Robbie Bourke, Na Piarsaigh’s Kieran Daly and Colm McSweeney of Gerald Griffins. It was a busy day for Bourke, who earlier in the day played rugby with UL Bohemian in their Division 1B win over Dolphin in UL.

It was a half in which Limerick often had 13 men back behind the ball with Jamie Lee and Padraig Scanlon remaining in attack. All worked tirelessly in the half, in which Laois had the lions share of possession.

The home side in Portlaoise almost opened the contest with a goal but Donal O’Sullivan played a captain’s part to brilliantly touch a Daniel O’Reilly drive over the bar.

It was the 15th minute before Jamie Lee had Limerick’s first score but that left it just 0-2 to 0-1 to the home side.

Eoin Lowry and Gary Walsh (free) moved the men in blue and white 0-4 to 0-1 clear by the 27th minute but Limerick grew in confidence in the spell before half time and Jamie Lee had a superb point from under the stand before following with a pointed free.

The final say was a third pointed free from Walsh as Laois brought a two point interval lead into the break.

The first Laois goal came 10-minutes into the second half with Gary Walsh finding the net for a 1-6 to 0-4 lead.s

Points from Seamus O’Carroll, Jim Liston and Sean McSweeney (free) kept Limerick in touch and just the goal was between the teams with 15-minutes to play; 1-7 to 0-7.

At the other end, Laois were 1-10 to 0-8 ahead when Paul Kingston had their second goal in the 69th minute.

Eoin Lowry put the icing on the win with two injury time points for Laois.

Up next for Limerick is the visit of Carlow to Newcastle West next Sunday (2.00).