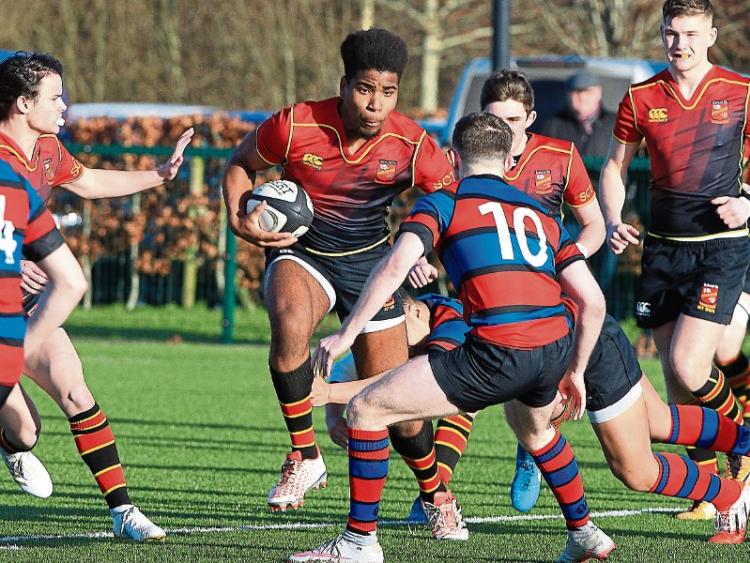 Impressive out-half Darragh O’Gorman grabbed all 10 points for the winners, including a precious try on the stroke of half-time, which helped Ardscoil into a 7-5 half-time lead.

St Munchin’s flanker Jake Murphy had given the Corbally side a 5-0 advantage with a 17th minute try.

After O’Gorman converted to help Ardscoil into that two-point interval lead, the out-half also added third quarter penalty to edge his side through.

Ardscoil Ris will learn their quarter-final opponents on Thursday evening after the draw takes place at Clanwilliam FC following the play-off fixture between Castletroy College and Rockwell College.

Resilient St Clement’s struck for the match-winning try through centre Tarkan Pinarci with the last play of the game in stoppage time.

The winners had trailed 10-17 in the third quarter. St Clement’s had tries from out-half Cian Casey, who also added a penalty goal and conversion, as well as a try from winger Adam McNamara.

Glenstal Abbey’s scores courtesy of a try and penalty goal from scrum-half Josh Kennedy as well as a try from Adam White and two conversions from William Twomey.