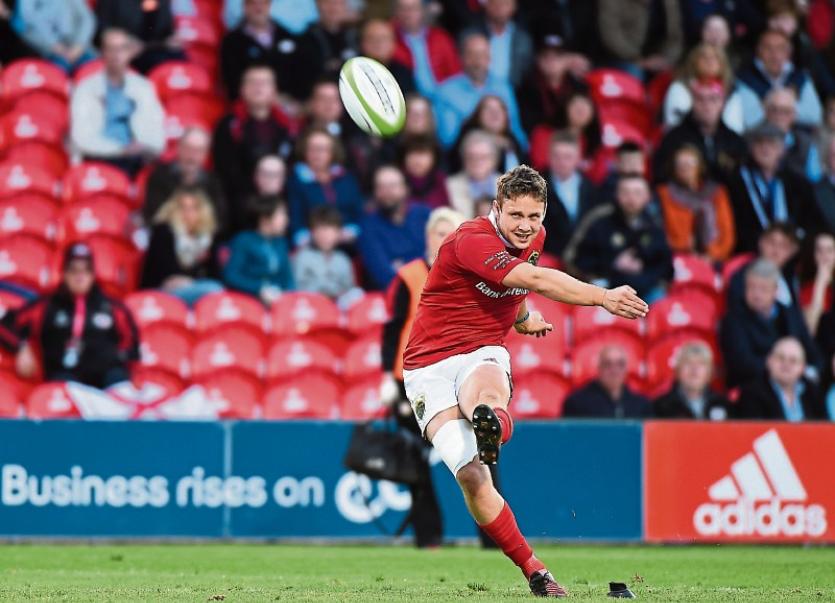 THE Munster A side will travel to face Leinster A in the British and Irish Cup quarter-finals on the Easter weekend of March 30-31 and April 1.

Munster A booked their place in the knock-out stages of the competition thanks to a 27-0 win over Ospreys Premiership Select at Musgrave Park on Friday night last when hooker Mike Sherry bagged two first tries.

Peter Malone side’s reward for finishing second in their pool, three points behind Bedford, is an away quarter-final clash with interprovincial rivals Leinster A who won their pool with five wins from six.

The draw has also taken place for the British and Irish Cup semi-finals, with the winners of Leinster A v Munster A pitted against the winners of Jersey Reds v Doncaster Knights on the weekend of April 20-22.

Full fixture details for the quarter-final will be confirmed shortly.