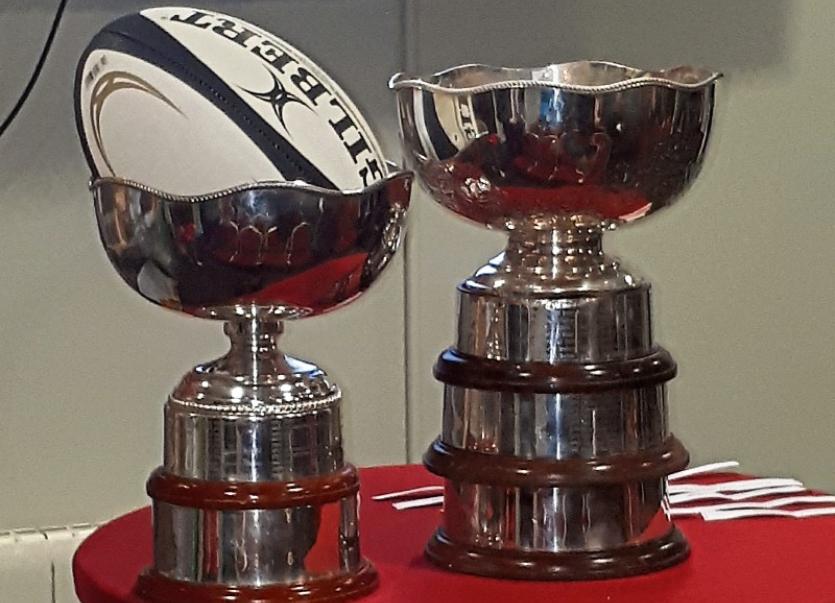 LIMERICK schools St Munchin’s College and Ardscoil Ris will go head-to-head next week for a place in the quarter-finals of this season’s Clayton Hotels Munster Schools Senior Cup.

The local rivals were pitted against each other when the draw for the play-offs was made at Bandon RFC this Thursday.

St Munchin’s College ended up in the play-offs after losing their first round tie 7-5 to Bandon Grammar School at the West Cork venue earlier in the afternoon.

In the second play-off game in the Senior Cup, Castletroy College have been drawn away to Rockwell College. The winners here will also progress to the quarter-finals.

St Clement’s College, first round losers to Crescent College Comprehensive, have received a bye into the quarter-finals.

Exact dates, venues and kick-off times for the play-off games which are due to be played next week are expected to be announced in the next 24 hours.

In the Senior Cup, St Clement’s College and the winners of the two play-off games will join the five first round winners, Crescent College Comprehensive, Glenstal Abbey, PBC, CBC and Bandon Grammar School in the quarter-finals.

Meanwhile, in the Junior Cup play-off games Glenstal Abbey are due to host fellow Limerick side St Clement’s College, while Ardscoil Ris travel to Cork to face PBC.

Bandon Grammar School received a bye into the quarter-finals after suffering a 12-3 defeat to St Munchin’s College in their first round fixture at Bandon RFC this Thursday.

In the Junior Cup, Bandon and the winners of the two play-off games will join Castletroy College, St Munchin’s College, Crescent College Comprehensive, Rockwell College and CBC in the quarter-finals.

As with the Senior Cup, the Junior Cup play-off games are scheduled to take place next week, with exact fixture details to be announced within the next 24 hours.