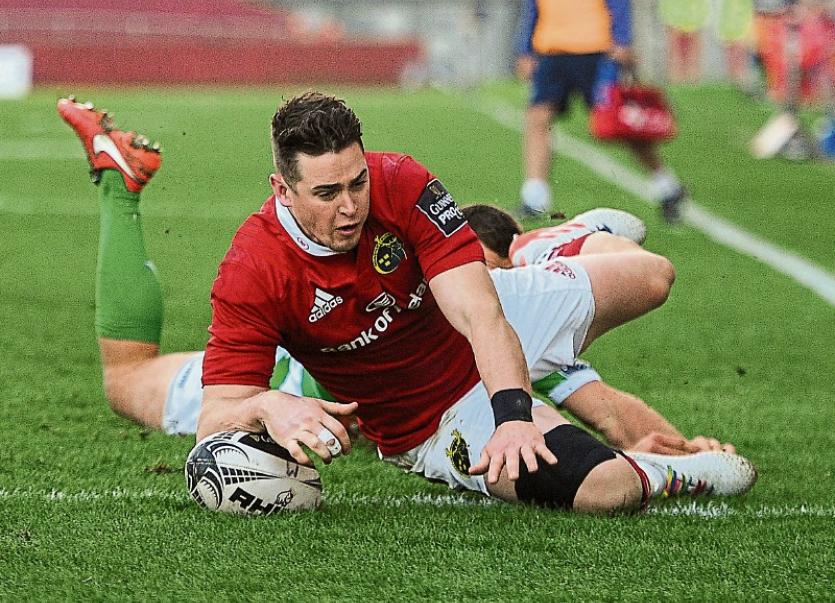 RONAN O’Mahony makes his first start in nine months when lining out for the Munster A side in Friday night’s British and Irish clash with Ospreys Premiership Select at Musgrave Park, 7.45pm.

O'Mahony had scored ten tries in 22 games for the Munster senior side last season before breaking his leg at Benetton Rugby in the Guinness Pro14 in late April.

Victory for Peter Malone’s A side will see current holders Munster secure a place in the quarter-finals of the competition.

Munster A show just one change to the side that won 17-12 in Nottingham last weekend as O’Mahony comes in at full-back for his first start since returning from a fractured fibula injury.

Fellow long-term injury absentees Dave O’Callaghan and Dan Goggin are both named among the replacements and are in line for a return to action.

Calvin Nash, who signed a development contract last week, and Stephen Fitzgerald line up on the wings.

Captain Dave Johnston moves from full-back to start alongside Shane Daly in the centres with the half-back pairing of James Hart and Bill Johnston unchanged.

There are no changes in the pack as Mike Sherry starts at hooker with Jeremy Loughman and Brian Scott on either side of the front row.

Fineen Wycherley, who also signed a development contract last week, is partnered by Gerbrandt Grobler in the second row.

The back row trio of Sean O’Connor, Conor Oliver and Gavin Coombes maintain their places.