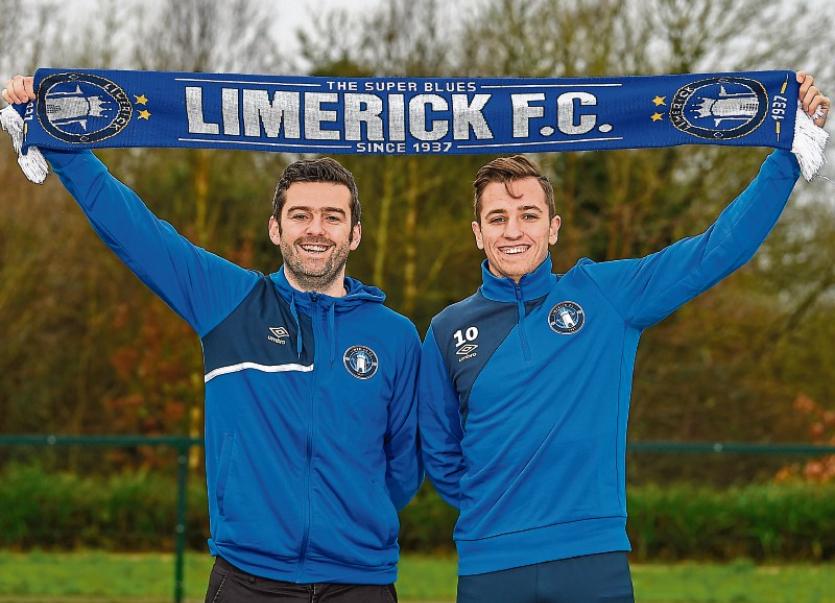 NEW Limerick FC striker Connor Ellis insists he feels the need to prove he is good enough to play with the Blues and doesn’t see his switch from double-winning Cork City as a drop down in his career.

Ellis is in line to make his debut for Tommy Barrett’s Limerick side in this Saturday’s pre-season friendly with Galway United at UL 4G soccer pitch, 6.30pm.

Speaking at a press briefing at UL this Wednesday, 20-year-old Ellis, who has signed a two-year-deal with Limerick FC, said: “No, not at all. It would be different if I was someone like a Seanie Maguire who had proved they were Cork’s best player.

”I didn’t really prove myself at Cork as much I wanted to. It would be disrespectful for me to look at Limerick as a step down because I haven’t even proved I am good enough to play for Limerick yet.

“At this stage I think I have maybe 20-25 league appearances, only five or six starts, so I don’t have the right to be looking at anything as a drop down so I am just here to work hard and prove that I am good enough to play here.”

Ellis is one of two new signings confirmed by Limerick FC this week ahead of Saturday evening’s pre-season friendly with Galway Utd at UL on Saturday, 6.30pm.

Limerick have also confirmed the signing of Eoin Wearen from Bohemians.

Ellis said new manager Tommy Barrett was one of the main reasons for making the switch to Limerick.

“I came in last week to Limerick, had a look around the club and I like what I see. The standard in training was good.

”Tommy was a big part of it if I’m honest, the fact that his Limerick U-19 teams were always good to play against and I always respected his teams.

”Tommy was the real reason that I came in. He gives youth a chance.

“I had a good year last year at Cork, we won a few things, but I didn’t play as much as I wanted to play. Everyone knows that. Tommy has been a big part of it and I’m looking forward to working with him.

“I does help that I know a few of the lads here at Limerick already.

”I am at a point in my career where I feel I am ready to be a main striker now. Obviously I have to prove that and there is no guarantees I will play.

“Everyone knew I was offered a new deal at Cork, but being realistic I was going to be second or third choice striker and I don’t want that, so it’s up to me to prove I’m good enough to play at this level.”