Martin Kiely: Winning start ideal preparation for what is to come for Limerick 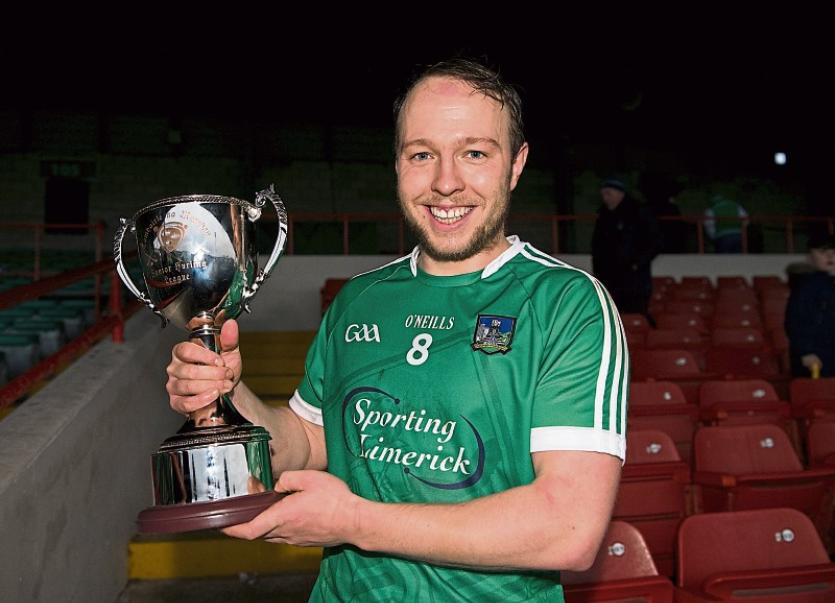 Pre-season tournaments give us few clues when it comes to the year ahead, but in the case of Limerick, they had a welcome win over Clare last Sunday in the Munster League Final.

This was a solid display and I was impressed by the attitude of the players. It was also pleasing to see Limerick play a game that they are comfortable with. They were far more traditional in this game. They let the ball do the work and you could sense both the players and supporters were happy with that.

Now Limerick did have plenty of mistakes and some very poor wides, but in the overall this win will be of some value to Limerick in advance of the National Hurling League.

Clare showed their intent on winning this game when they made seven changes from the team they had named during the week. By any standards Clare started with a strong team and in that regard I would think the Limerick management will be happy with the result.

Many players will have earned valuable game time and that will stand to them, but more over, this win will help build confidence for the weeks ahead. Limerick like all teams will be in action in the league on January 28.

While the value of these competitions can be questioned, they will help teams particularly like Limerick to be ready for the league.

Limerick looked far more committed in this game, they worked harder for each other and they also had a cutting edge to them. These are encouraging signs.

We will learn more over the next few weeks because I expect the league to be very competitive. The last few weeks will have helped to develop young players confidence and that will help drive competition for places.

Teams make progress when players have to fight for their places. Results at this time of year must always carry a health warning but with that in mind it was still good to see Limerick win last Sunday.

Will Clare be very disappointed I don’t think so but they will still be concerned at how poor they were in the second half. They face Tipperary in the opening round of the league in Ennis and they will really want to win that game.

Division 1 will be ultra competitive particularly the opening games. I would say as teams secure their status they will start to focus on championship which comes up a lot earlier this year.

Only two points separated the teams at half time. They were level three times in what was an open enough contest. Aaron Gillane, Tom Morrissey and Barry O’Connell landed points while Cathal Malone landed three from play. He made life difficult for Dan Morrissey who was the Limerick centre back.

What was very clear was that the Limerick half forwards were under instruction to play deep and help out the Limerick half backline. Tom Morrissey had a fair bit of success in this regard but at times he and others had little to aim for as the inside line had moved away from the scoring zone.

It was a raw enough day for hurling, the grass was very wet and overall the field showed the signs of the last few weeks.

Clare wasted some good scoring chances in the first half. They struggled to make a real impact and failed to score for the last ten minutes of the first half.

I am sure their management would have reminded them of that in the dressing room. If that was the case it had an immediate impact.

Cathal Malone, Niall Deasy and Tony Kelly landed points and that saw them take the lead for the first time five minutes into the second half. The game looked a bit more promising at that stage. We saw both teams working harder but few expected Clare to fall away in the manner that they did. It would take Clare until the fifth minute of injury time to record their only other score of the second half.

Limerick on the other hand hit eight in a row. Clare looked like a team that had done a lot of training this week. Their legs were gone shortly after half time and from that point on they looked disinterested.

Limerick have a lot of young players coming through. The trick is to try and get the best from them and develop them into top class senior hurlers. That will bring its own challenges because some of them will just not come up to the mark.

One player that looks like having the tools to survive is Seamus Flanagan. He was somewhat quieter last Sunday than in previous games but in the overall he looks at home playing senior hurling. Of course he has a bit to go yet but he has good hands and shows the capacity to improve even further. Aaron Gillane has enjoyed a great twelve months both with colleges and Limerick and he appears to be in prime position for a starting place.

Whatever about league promotion Limerick will have some testing games. Offaly are showing signs of improvement under Kevin Martin, Dublin will bring a strong challenge and then Galway away in the last game. This is the year for Limerick to drive on.

Chances will come to teams that are ready and there is no reason Limerick can’t push on this year. We will know a lot more about the hurling order come June and some big teams will be gone out of the Munster championship by then.

The action starts Sunday week and from then on it will be frantic for all teams and supporters. Every team have upped their preseason training and most of them will have all of the heavy work done.

Once the league starts their will be little time for training. It will be week after week and players might be a great deal happier with that. The focus then will be on hurling, performance and results.

From a Limerick point of view it would be great to get out of Division 1B but that will not be easy. The biggest thing they have to do is to settle the team into playing better as a unit. When that happens Limerick will be in a position to really challenge.

Winning teams get the spine and half backline right. Limerick might not have that altogether sorted but they are closer than they were twelve months ago. The one element they have to express is how they will cope when they are really under pressure. The league will provide some answers and learning but Tipperary at home in the championship is the one that will provide the greatest insight.

Anyone that has gone to the Gaelic Grounds over the past couple of weeks will have seen the ongoing decline of the stadium. It is really suffering from a lack of serious attention and the County Board need urgently need to put in on the agenda.

Harmless money was spent in the up keep of the stadium last year however the building needs maintenance and management and we are seeing little of this at the Gaelic Grounds.

Some cleaning and a few buckets of paint would at least put a better complexion on the stadium.

Limerick will have a couple of big championship games at home this year and that will benefit both Limerick GAA and the business community in Limerick City.