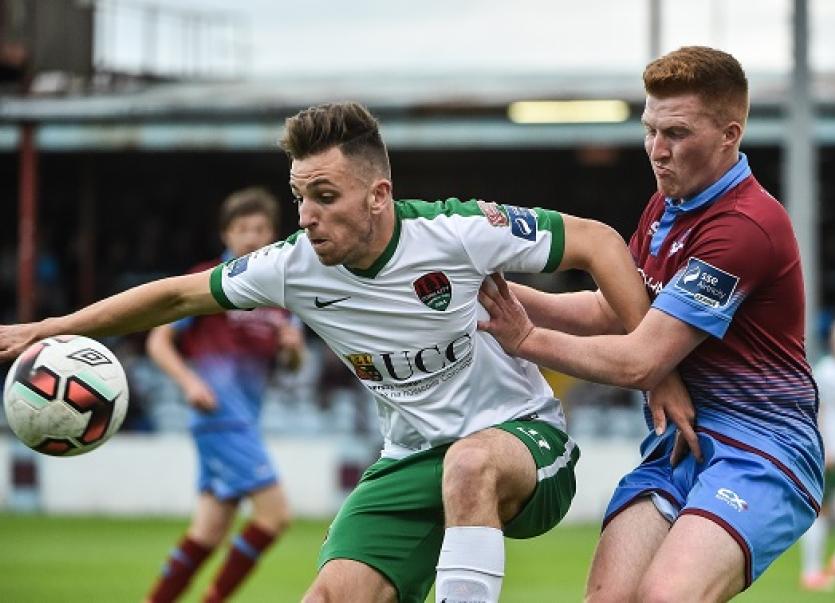 Connor Ellis in action for Cork City. Ellis has joined Limerick FC on a two-year-deal while Eoin Wearen has joined the Blues from Bohemians

LIMERICK FC have confirmed the first two signings of the Tommy Barrett era at the club.

Striker Conor Ellis, formerly of Cork City, has joined Limerick FC for the next two seasons, having partaken in pre-season training with the Super Blues at UL.

Ellis, a talented striker, is from Kealkil in West Cork and he played against Limerick last season in the Cork side's 2-1 loss at the Markets Field in September.

Limerick have also confirmed the signing of midfielder Eoin Wearen from Bohemians.

The exciting Wearen ruptured his cruciate ligament in pre-season training with the Bohs 12 months ago and only returned at the tail end of last season.

It's one of four pre-season fixtures planned by Limerick prior to the start of the new SSE Airtricity League Premier Division season.

SIGNING: #LimerickFC are delighted to announce the signing of striker @ConnorEllis09 from Cork City.

The 20-year-old has penned a two-year deal and will meet with the media alongside new first-team manager Tommy Barrett at a press conference this afternoon.