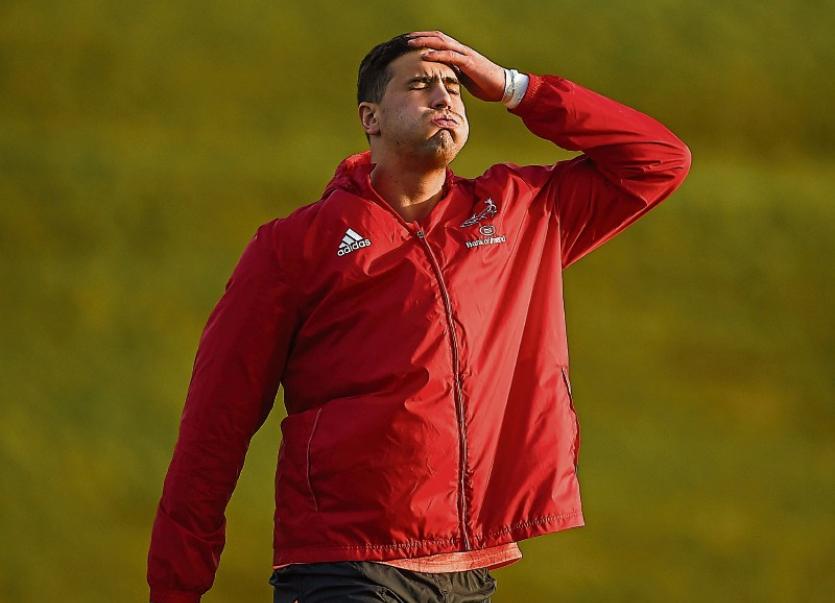 MUNSTER captain Peter O'Mahony has said he believes team mate Gerbrandt Grobler, whose return to play last week for the Munster ‘A’ side has caused a media storm, has 'done his time'.

“Look, I can only speak from my point of view and the players' point of view that as far as we're concerned, Ger, GG, he's done his time. He's done his two years from WADA and the Rugby Players' Association," said the Munster captain when asked about his team mate Gerbrandt Grobler, whose return to play last week for the Munster ‘A’ side against Nottingham has created headlines.

“As far as I'm concerned, Munster signed him, he'd played 20 games or whatever for Racing then we signed him obviously on good terms, good references that we got, obviously, as we do for all our signings and he's come here, he's struggled with injury and he's been a great guy to have around the place," O'Mahony continued.

The former Western Province and Stormers second row was banned from the game for two years following a failed drugs test.

The forward arrived in Munster in July, however he picked up an injury in a pre-season clash with Worcester and only returned to the field last weekend and of course to the national media's radar.

Much has been made of Grobler's signing by the IRFU, with many quarters of the media suggesting that Munster should not have signed a ‘drugs cheat’. A point that has angered Munster players and management alike.

“As far as me and the other players are concerned, he's been great for us and we'll certainly stand by him. As far as we're concerned he's done his time and that's the end of it,” concluded O'Mahony this week.

"I can understand it. Doping is wrong. You can never say anything good about it. In Gerbrandt Grobler’s case, he had a two-year ban from World Rugby. He serves his ban, went to another club, Munster signed him," admitted the former Springbok coach.

"I came in eight weeks ago. I am greeting ‘GG’ like all other players, all management. I am the coach of Munster at this stage. I am not going to comment on any process. I said what I wanted to say last week. It’s my responsibility to take care of all of the people at Munster at this stage and that I can do it well."