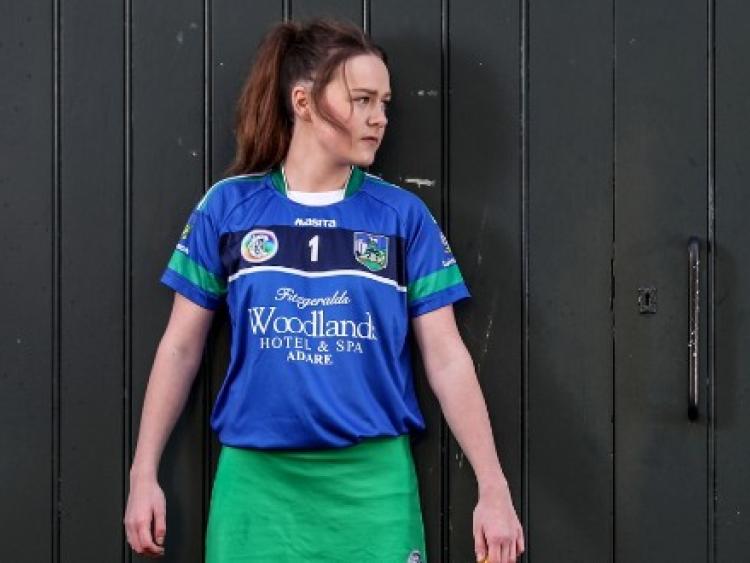 Limerick's Laura O’Neill pictured at the Camogie Launch this week

A strong second half performance rescued the Limerick senior camogie side a hard fought draw against a very strong Dublin outfit in Mick Neville Park, Rathkeale this afternoon.

A slow start from Limerick saw them go in at the break with an eight-point deficit and with Dublin looking a lot sharper and quicker to the ball, it looked like the early return to league action this year was going to catch out the Treaty ladies.

But a strong second half effort particularly from Niamh Mulcahy and Caoimhe Lyons saw Limerick gain the upper hand – with Mulcahy dropping back as a sweeper –  they were unlucky not to come away with the win late on, with Rebecca Delee and Mulcahy having late chances to win it only for their shooting to let them down.

Although Dublin looked sharpest throughout the first half, it was Limerick who got off the mark quickest, registering the first three points of the game, with a brace of Mary O’Callaghan points coming either side of a Niamh Mulcahy free.

The Dubs quickly found their feet however, and their running game was leaving Limerick defenders in their wake for the remainder of the half with frees being coughed up very easily from the home defence.

Five points from the lethal stick of Siobhan Kehoe gave Dublin real potency in attack and two goals coming just before half time from Zoe O’Donoghue and Emma Flanagan left Limerick needing much more urgency in the second half – trailing 2-9 to 0-7.

The half-time team talk from John Tuohy had the desired effect, as Limerick went onto dominate proceedings, with Niamh Mulcahy dropping deep proving to be a shrewd decision, leaving acres of space inside to exploit.

A real predators goal from Caoimhe Lyons in the 33rd minute after good work from Rebecca Delee got Limerick confidence surging, and a further three unanswered scores from Lyons (2) and a Niamh Mulcahy goal from a long range free left the game level after 55 minutes.

Kehoe and Mulcahy traded a free apiece going down to injury time and Limerick had a number of chances to nudge in front late on but their shooting let them down as both sides had to settle for a share of the spoils.