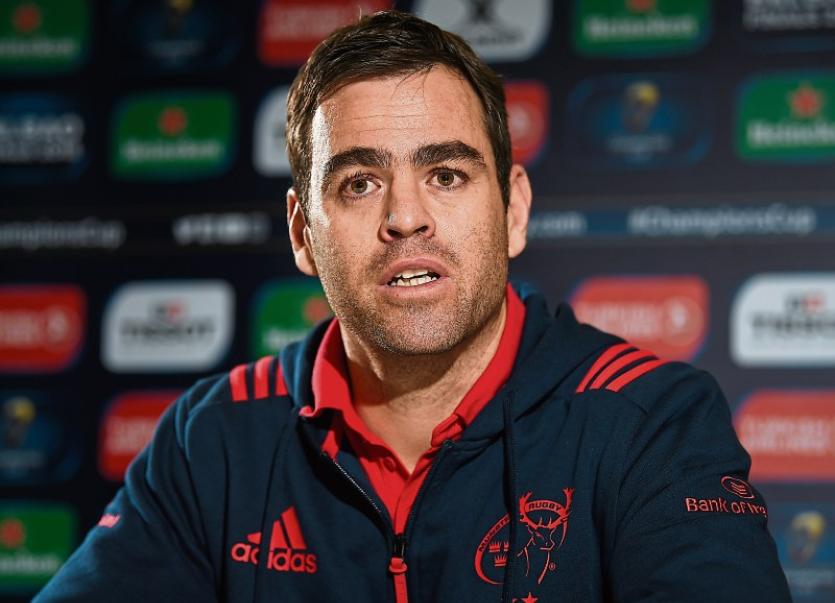 POOL 4 leaders Munster will qualify for the quarter-finals of the European Champions Cup for a record 17th time if they can beat Racing 92 in their round five fixture at the magnificent new U Arena in Paris this Sunday, 3.15pm (Live on Sky Sports)

Following Sunday's fixture in Paris, Munster will meet another French Top 14 side, Castres Olympique, in their final pool fixture at Thomond Park on Sunday, January 21, at 1pm.

Sunday’s game will be the sixth meeting between the clubs in Europe. While Racing won their first encounter in the 2012/2013 season, Munster have won all four of their most recent meetings.

While Munster were seeing off Connacht at Thomond Park last weekend in the Pro14, Racing were putting an understrength Clermont Auvergne side to the sword, 58-6, in the Top 14.

Munster head coach Johann van Graan said: ‘They’ve (Racing 92) got threats all over the park, so if you give them broken field they will punish you.

”There are teams that have kept it fairly tight and there are some weaknesses within quality individuals, so I think the biggest message from our side is that we’ve got to focus on our game. We’ve got to keep it tight and once opportunities present themselves, it’s very important that we use them.

“I’ve got no doubt about how good they actually are; they are quality. To get a positive result in Paris we will have to be at our very best.”

Meanwhile Van Graan admitted that the departure of the province’s Head of Athletic Performance, Aled Walters, in March, to take up a post in South Africa was a blow.

“A big loss to Munster, but we'll adapt. Luckily this team is very good at adapting and accepting change. Change is one of the only constants in life.”