Gerbrandt Grobler debuts for Munster 'A' in win over Nottingham 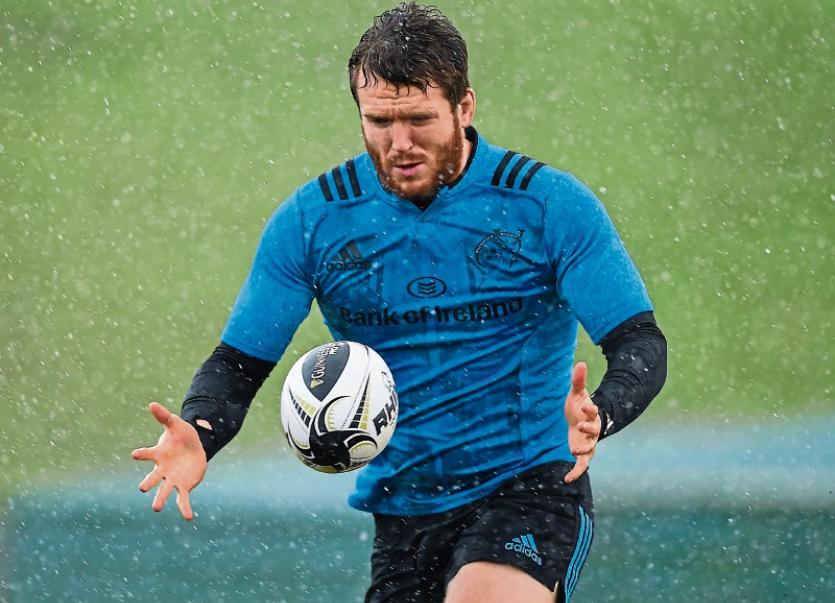 SOUTH African second-row Gerbrandt Grobler made his competitive debut for Munster ‘A’ in their crucial 17-12 victory over Nottingham Rugby in their British and Cup clash at Ladybay on Friday night.

Grobler, making his first appearance for the province since picking up an ankle injury in a pre-season fixture with Worcester, played for an hour as Peter Malone’s side recorded their fourth win of the campaign.

Munster ‘A’ hit back strongly and scrum-half James Hart went over for the visitor’s first score following a well executed move from the back-line in the 32nd minute. Bill Johnston duly added the extra.

It wasn’t long before Munster A took advantage of possession with second-row Fineen Wycherley bagging his side’s second after collecting from centre Shane Daly. Johnston also added the extras to help the Irish province into a 14-5 interval lead.

After the break, Notts hit back with a try from Joe Cobden and successful conversion from Tiff Eden to reduce Munster’s lead to 14-12.

Nottingham pressed hard for the lead score in the final quarter of the match, but Munster held them at bay, maintaining their narrow lead with impressive defensive efforts from centre Dave McCarthy and replacement Ronan O’Mahony.

The Munster A squad will now face Ospreys Premiership Select at Musgrave Park in their next pool fixture on Friday night next at 7.45pm.