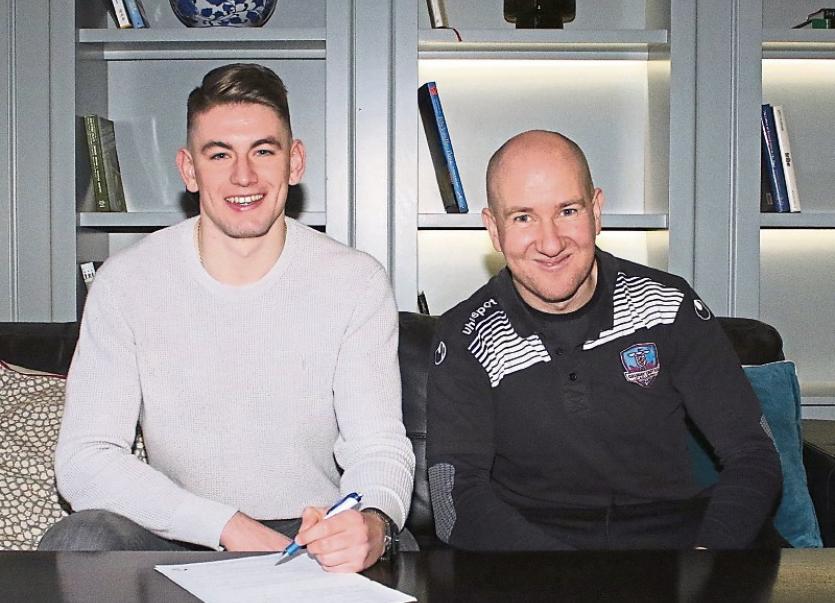 The former Cappamore Celtic, Fairview Rangers and Limerick FC U-19 netminder is in line to feature for new club Galway in their pre-season fixture with old club Limerick FC next weekend.

Ryan has penned a deal with Galway United until the end of the 2018 season, subject to international clearance.

The Limerick native progressed through the under-18 and under-21 ranks at Huddersfield Town before becoming a regular in the under-23 team.

Ryan cited Galway Utd manager Shane Keegan's style of play and persistence to get the promising keeper' on board as the main reasons for signing with Galway United for the 2018 SSE Airtricity League season.

"I'm excited to get going and the aim is to play good football this season. We'll make it a good one.

"Game time is so important, especially for a young goalkeeper. You need to play as many games as you can and learn the trade as young as you can. Game time is number one and obviously doing well in those games.

"I've just done half a season with Huddersfield under-23's, pre-season is not only for fitness, it also helps to get to know the lads and their style of football.

"The past four years at Huddersfield, I've worked really hard. I think I was the top one percent physically in terms of gym work and power. All that hard work that I've done, I'm ready to show everybody in the country how good I am.

"Our first pre-season game against Limerick will be good, I'm looking forward to that, come crunch time, when the season starts, hopefully we'll all be raring to go."

Galway United manager Keegan said: "He's (Tadhg Ryan) taken quite a leap to agree to a termination of his contract at Huddersfield, he was just hungry to get going and playing games at first team level.

“He was adamant that he wanted to be here for the first day of pre-season. His attitude through this whole process has been superb.”