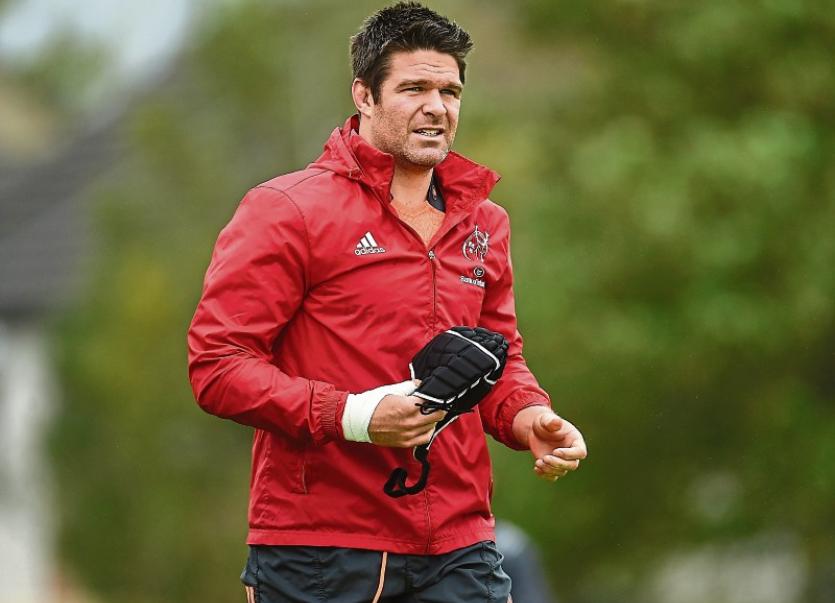 The senior trio of Holland, Archer and O’Byrne have all put pen to paper recently while academy players Liam O’Connor, Fineen Wycherley and Calvin Nash have also committed to the province.

Thirty two-year-old Holland, the most senior squad member with 176 caps, has penned a two-year deal that will see the lock remain with the province until June 2020.

Holland, an integral member of the squad has shown incredible durability starting the first 16 games of this campaign, only missing out on his first match-day inclusion last weekend.

Tighthead prop Archer is the only player to feature in every game this season, and like Billy is one of the more senior players in the squad with the 30-year-old making his 151st appearance in red against Connacht in Thomond Park last Saturday.

At 26, hooker O’Byrne made his European debut against Racing 92 in October and went on to start against Leicester Tigers in Welford Road in round 4.  He has played for the province on 28 occasions.

Academy prop Liam O’Connor, who is currently rehabbing a long-term knee injury sustained against Ospreys, will advance to a two-year senior contract at the start of the 2018/19 season.

After making his European debut as a replacement against Stade Francais in January ’16, the 22-year-old Cork native went on to make his breakthrough at the start of this campaign, with 11 appearances in the first 12 games of the season.

Fellow academy forward Fineen Wycherley will also make the step up at the end of the season after signing a one-year development deal.  From Bantry in West Cork, the 20-year-old lock has made six appearances in the Guinness PRO14.

Academy winger Calvin Nash has also signed up to a one-year development contract for the beginning of the 2018/19 season.  Hailing from Limerick, the 20-year-old winger has made four appearances in the Guinness PRO14.

Continuing on the academy front, the South African duo of Keynon Knox and Matt More, both 18, recently linked up with Peter Malone’s charges after completing their schools rugby with Michaelhouse and St Andrew’s College respectively.  Knox, a tighthead prop, and Moore who plays centre and fullback, are training with the first year academy recruits.