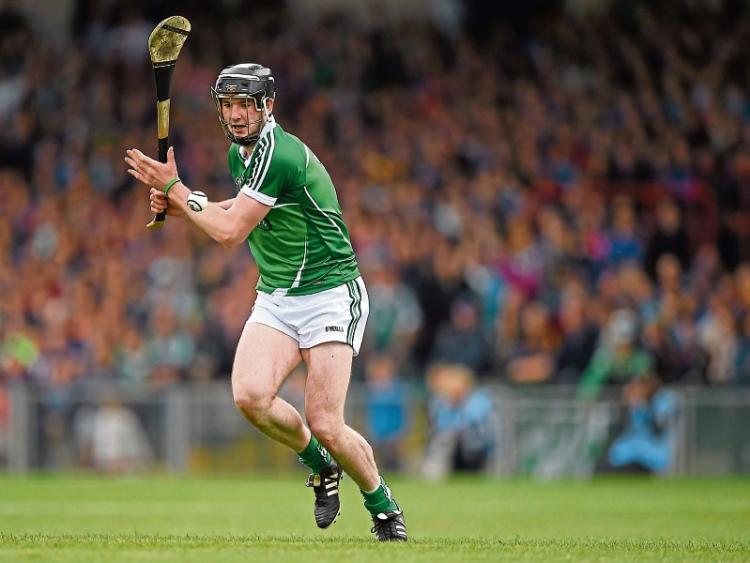 LIMERICK hurling captain Declan Hannon is set for a spell on the sidelines with a hamstring injury.

The centre back limped out of Limerick’s Munster Hurling League win over Kerry after 23-minutes on Sunday.

Limerick manager John Kiely has confirmed that the Adare man will miss this Sunday’s Munster Hurling League final against Clare and now appears in a race to be fit for the round one Allianz League tie with Laois on January 28.

“It’s a pity Declan (Hannon) picked up a hamstring injury and that’s the only real negative from the day. It looks at least two to three weeks - it’s a hamstring tear,” said Kiely of the Hannon injury.

The captain joins 2017 All Ireland U-21 centre back Kyle Hayes on the treatment table.

”Kyle Hayes and Declan are the main two concerns at this stage and we will have to wait and see how they pan out,” said the Limerick manager.

Limerick have used 27 players in the Munster Hurling League games against Cork and Kerry – just Richie English, Diarmaid Byrnes and Seamus Flanagan played every minute of both games.

With 10 members of the panel, club-tied with Na Piarsaigh that just leaves Hayes, Graeme Mulcahy, Gearoid Hegarty and Richie McCarthy yet to get game time in the new season.

”Richie McCarthy is home from Australia on Tuesday so he will be back training from this week but he will obviously need three or four weeks work to get back up to speed,” said Kiely.

He added: "We are trying to avoid overloading fellas in January".

”If you look at it - Barry Murphy has shown up very well, he is very busy and gets a lot of tackles in and turns over ball and when he does he is quick on the march to get it moving and get scores on the board and he is a score generator; Seamus Flanagan got two more goals today which is very encouraging; Barry Nash got 1-5 and Aaron Gillane contributed his usual; Darragh O’Donovan I thought contributed very well and probably our best player across the field; it was great to get Paddy O’Loughlin and William O’Meara some more game time and for Daragh Fanning to get his first start since joining us,” outlined the manager when speaking to the media after the Kerry win.

Limerick now progress to play Clare in the final of the Co-Op Superstores Munster Hurling League. The Gaelic Grounds will host the Shannonside derby with a 2.00 start.

It’s the fourth successive year that Limerick have reached the final of this early season provincial competition – winning in 2015 but losing in 2016 (Clare) and 2017 (Cork).

“I am sure it will be a good contest - Clare are going very well - they started early this year and won the Fenway Competition (in Boston) and obviously going well in this competition and I think it will be a good test of where we are at,” said John Kiely ahead of Sunday’s final.

Limerick begin their Division 1B Allianz Hurling League on January 28 when Laois come to the Gaelic Grounds.

Limerick’s management have confirmed that they won’t be calling upon their 10-strong Na Piarsaigh contingent until their involvement in the All Ireland club SHC ends – the Caherdavin club play Derry’s Slaughtneil in the All Ireland semi final on Saturday February 10 in Dublin’s Parnell Park ruling them out of at least two of the five group games and potentially all group games if the city club progress to a St Patricks Day final in Croke Park against Galway’s Liam Mellows or Dublin’s Cuala.