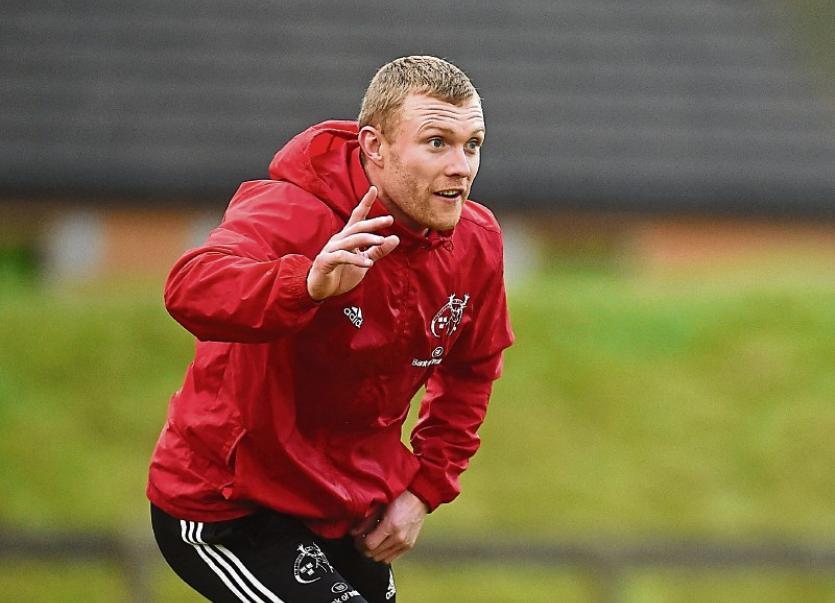 Munster took control of Pool 4 of the Champions Cup, moving four points clear of second-placed Racing 92, after scoring an impressive 25-16 victory over Leicester Tigers on Sunday.

Munster travel to Belfast to take on Ulster in Kingspan Stadium on New Year’s Day, 5.35pm, before hosting Connacht at Thomond Park on January 6, 7.45pm.

Keith Earls is set to make his return from injury for Munster in the December 26 clash with Leinster.

Earls, who has been sidelined with a hamstring injury, was on the bench for Munster’s Champions Cup fixture with Leicester Tigers on Sunday.

Earls is excited about the prospect of returning to play after being sidelined for six weeks.

Earls said: "I am delighted, it is not going to be as long as originally first thought.

"It was a hamstring tear. It was a Grade 2. They first thought the tendon was gone with it as well, which would have been massive, would have made it a lot longer.

”Thankfully in the second scan it either healed or didn't tear, so it won't be as long.

"It is a tough schedule playing three interpro fixtures over Christmas and the New Year, but that is great for the supporters. Around Christmas having a few beers, watching a game, people home from other countries who have been working away.

“I suppose we will sacrifice the Christmas dinner for the supporters!

Earls will be hoping for an injury free run through a crucial period for Munster in January as the 6 Nations Championship looms large.

"I think when I look back on all my injuries a lot of them have been bad timing. It haven't been massive months long, bar one or two, they have been four weeks and get getting to game time before the November international series or 6 Nations and you can't really put your hand up to get back in, but that is sport for you.

"I am delighted now that I am back on the road, hopefully get a few games before the 6 Nations so I can put my hand up because the boys were flying it in November.

“When I was younger I picked up a lot of injuries. I think this is my first serious injuries in the bones of three years.

“You do get used to injuries and you get used to the view that this is sport and these things happen. It is not the worse thing in the world and it gives you the chance to work on something else as well.”

The capacity of Thomond Park will be increased to 26,267 for the Leinster clash as a result of the additional seating.

Ticket sales have already surpassed 22,000 for the Guinness Pro 14 clash. The East and West Stands are now sold out for the festive fixture.