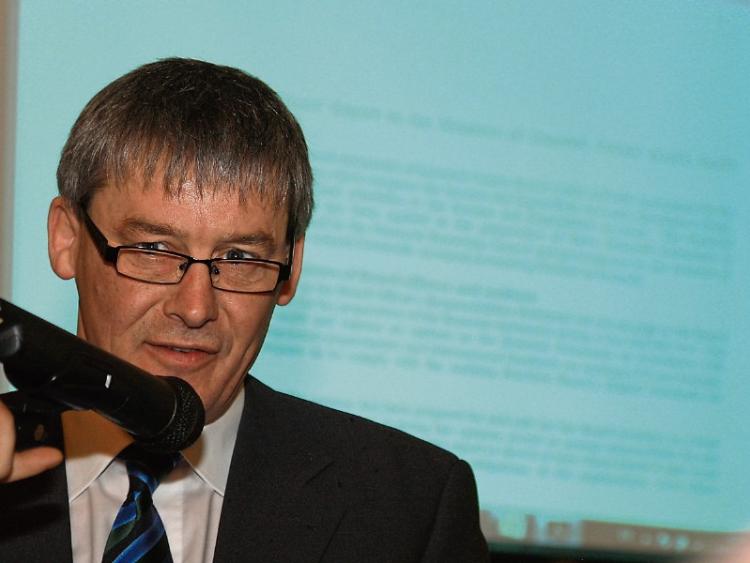 DEPARTING Limerick GAA treasurer Donal Morrissey left all aghast at Sunday’s Annual Convention claiming he was “excluded from the decision making process” for much of the last two years.

The Ahane man’s five year term ended on Sunday and his end of year accounts showed Limerick GAA have an overall deficit of over €100,000.

However Morrissey claimed he was not “privy to decisions which give rise to that level of spending”.

The big increase was despite the Limerick senior hurlers and footballers exiting their respective championships without a win – the first time since 2000 this happened. Limerick did of course win the All Ireland U-21 Hurling Championship.

However, the attendance of over 200 in Cappamore Community Centre were left aghast when the treasurer said “he I know very little about it” when asked of why there was an increase.

”I am not privy to decisions which give rise to that level of spending,” he said.

”I can only give it as I find it,” replied the treasurer, who looked set to quit the County Board in February 2016 in a dispute surrounding the reappointment of full-time secretary Mike O’Riordan.

“You are the treasurer and you are there for five years, who makes the decisions?” asked O’Brien.

”As treasurer, my role over the last 18-months is merely to record or to book keep the transactions - I am not making the decisions,” replied Morrissey.

“The control of the finances, and management (top table officers) are aware of it, has not been with the treasurer for some considerable time.”

The Ahane man elaborated: “As I said, I am not privy to the decisions and I am not consulted about the decisions - I am excluded from the decisions making process. The role of the treasurer of this County Board has been reduced to that of a bookkeeper”.

”For whatever reasons my opinion in relation to financial matters was never sought or considered and I was effectively excluded from the decision making process and management are aware of that – I am effectively the bookkeeper,” said Morrissey.

Emmett O’Brien called on the chairman or secretary to answer who was making the decisions.

Chairman Oliver Mann accepted he made some of the decisions, backed by an understanding that he had secured a large sponsorship.

Overall, the treasurer reported that €1,262,535 was spent on preparing all inter-county teams; U-17 to senior in hurling and football.