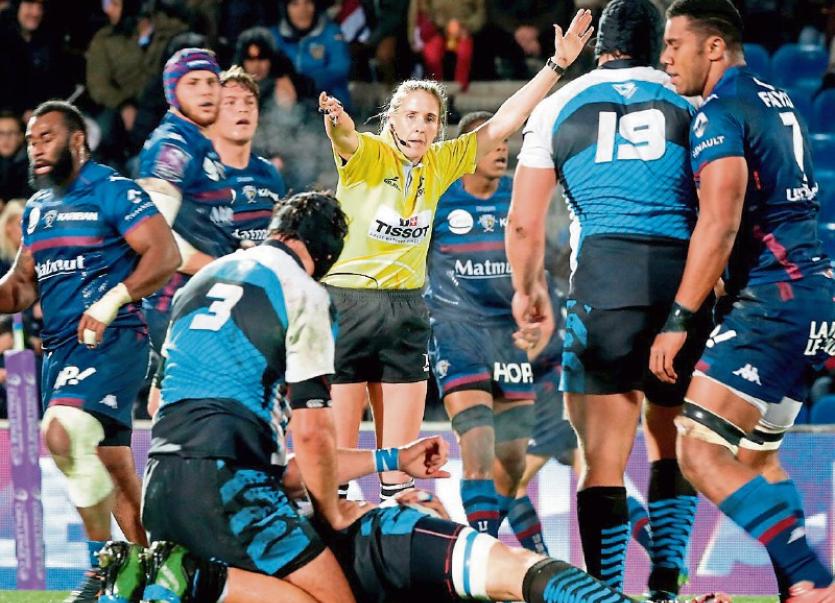 LIMERICK rugby referee Joy Neville has described the distinction of bring the first woman to referee a European professional club fixture as ‘a memory I will cherish.’

It’s the latest achievement for the Limerick woman who has been blazing a trail as a referee on the international stage.

Thank you @ERChallengeCup @ChampionsCup for giving me the opportunity to referee @UBBrugby V's @Enisei_STM. A wonderful display of rugby by both sides. Honoured to be given such an opportunity. A memory I will cherish pic.twitter.com/xFxTlWlFoF

Neville thanked the Challenge Cup organisers for giving her the opportunity to take charge of Friday night’s game in the South of France.

The Limerick woman earned 70 caps over an 11-year career with Ireland, winning a Gram Slam.

Neville refereed the final of the Women’s Rugby World Cup final earlier this year which was staged in Ireland, and was also granted a professional contract by the IRFU.

The Limerick referee tweeted: ‘A wonderful display of rugby by both sides. Honoured to be given such an opportunity. A memory I will cherish.’