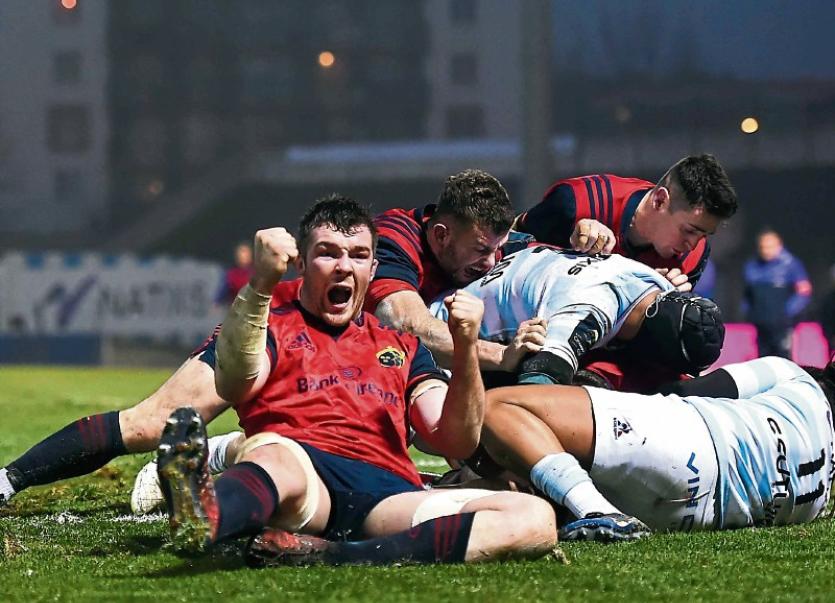 PETER O’Mahony has signed a three year contract with the IRFU which will see him continue with Munster until at least 2021, it was confirmed on Friday evening.

Munster captain since 2013, O’Mahony skippered Ireland on the 2013 Summer Tour of North America and led the British & Irish Lions against New Zealand in the first Test last summer.

O’Mahony made his senior debut for Munster against Ulster in January 2010 and has since made 98 appearances for Munster scoring 12 tries.

Commenting on the new contract, Peter O’Mahony said; “I am absolutely delighted to commit my future to Munster and Ireland for the next 3 years.

“I’m very proud of where I am from and I am really excited about what we are building down in Munster right now.

“Playing for my country is something I dreamed of growing up as a boy, so I cherish each occasion I am lucky enough to take to the field in an Irish jersey.

“I look forward to building on what has been achieved to date with the rest of the Irish squad and management team.”

Cork man O’Mahony made his Ireland debut against Italy in the 2012 6 Nations Championships. He has won 42 caps for his country in all.

IRFU Performance Director, David Nucifora commented; “Peter has had to travel a tough road since the 2015 Rugby World Cup where a serious injury kept him out of action for a prolonged period.

“He has returned to form for both Munster and Ireland and as captain of Munster is a key leader within their environment.”

Munster Rugby CEO Garrett Fitzgerald said; “We are delighted that Peter has signed this IRFU contract that will see him remain with us until 2021.

“I know the squad and supporters will all be pleased to see our captain, a proud Munster man, commit his future to the province and Irish Rugby.

“It is always a huge boost when we can retain our home-grown talent and I know all parties have worked very hard in retaining Peter’s services.”