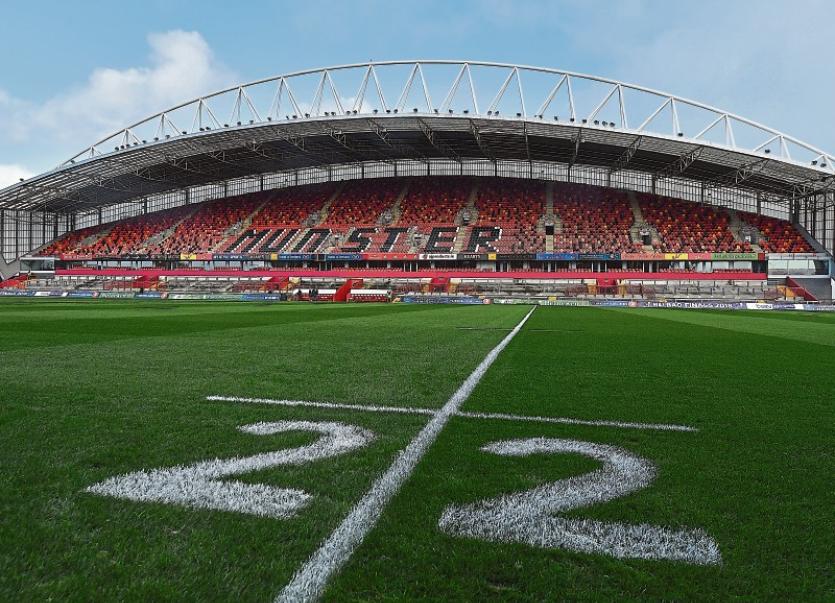 Extra seating is being added at Thomond Park for Munster's Pro14 clash with Leinster on St Stephen's Day, 3.15pm

Ticket sales have already surpassed 22,000 just under two weeks out from the Guinness Pro 14 clash. The East and West Stands are now sold out.

The additional seating is being installed in the North and South Terraces to give as many supporters as possible the opportunity to see Munster host interpro rivals Leinster.

An attendance of 23,503 attended last Saturday’s Champions Cup clash against Leicester, which was the largest crowd attending a European game across the weekend.

Meanwhile, Munster A face Bedford Blues in the return fixture of their British & Irish Cup double header at Goldington Road this Saturday at 3pm.

The English side, who are third in the Championship, claimed the win when the sides met last Friday night at Musgrave Park.

The victory saw Bedford move to the top of British and Irish Cup pool 1 as holders Munster A were denied three wins in a row in the competition.

The Munster A team for the clash will be named on Friday afternoon.