WATCH: Shannon number one at Christmas in Division 1B of Ulster Bank League 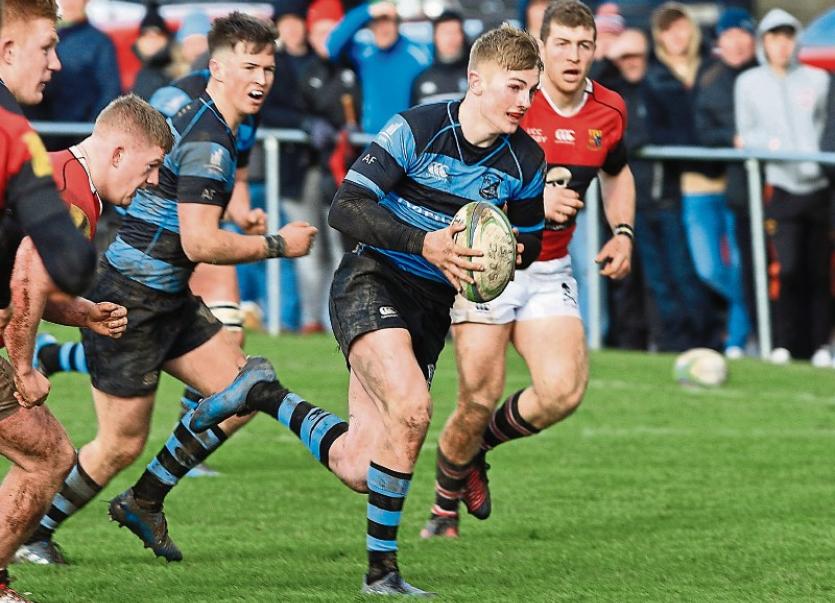 RESILIENT Shannon will be top of Division 1B of the Ulster Bank League at Christmas following their 49-19 demolition of nearest rivals Ballynahinch on the back pitch at Thomond Park on Saturday.

Shannon – who had lost 42-15 to the same opposition just seven days earlier in Ballymacarn Park – ran in seven tries in all to secure a precious bonus point from the top of the table clash.

In effect, Tom Hayes’ Shannon side, who had won each of their seven opening All-Ireland League fixtures this season, managed a 57-point turnaround in the space of a week against their Ulster opponents.

The Parish side had classy out-half Conor Fitzgerald and powerful number eight John Foley in their starting line-up. Both players had featured as second half replacements for Munster A in their British and Irish Cup defeat to Bedford Blues on Friday night at Musgrave Park.

To be fair, Ballynahinch were missing a couple of first team players who were involved with the Ulster A side in the B&I Cup this weekend.

Shannon led 21-7 at half-time, thanks to three converted tries, courtesy of a penalty try  on eight minutes as well as five-pointers from centre Patrick Ryan and hooker Ty Conor Chan.

Shannon secured the try bonus point three minutes after the red-start when out-half Fitzgerald’s inch perfect grubber kick in behind the ‘Hinch defence fell into the arms of the grateful Fionn McGibney who dotted down.

The successful conversion made it 28-7 and the Shannon faithful were breathing a little easier.

The home side put their visitors to the sword in the final half an hour with Fitzgerald bagging a brace of tries – both intercepts – while full-back McGibney also completed his brace late on.

Crucially, Shannon managed to prevent ‘Hinch from bagging a try bonus point as the visitors managed three tries of their own.