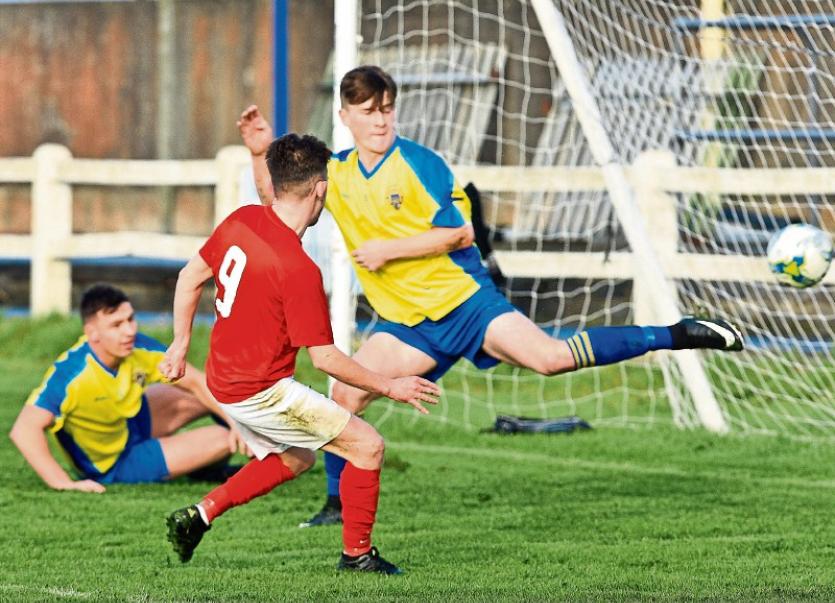 The PJ Matthews Premier League sees first take on second in a huge game that will have a major bearing on the outcome of the League race.

Janesboro will be bitterly disappointed to have exited the FAI Junior Cup at the hands of Wexford side North End United last Sunday and will be keen to put it behind them as they attempt to win back to back Premier League titles.

Janesboro and Carew Park have yet to meet this season so Carew Park know that they are capable of catching the leaders if they win both head to heads.

Sunday first and Carew's form has been good. An FAI defeat to Pike Rvs was the side's only defeat stretching back to September. They are averaging three goals per game after 18 starts and are full of confidence.

Janesboro are an excellent team and they will not let last weekend's blip affect the. They still possess the most potent attack in the League never having failed to score in their 21 games to date.

Games between these two sides always keep the fans hooked and Sunday should be no different.

Hoping for a Boro slip, Regional Utd will be keen to keep their good run going when they host Kilmallock. Ray Lynch's men had a great win over St Peters last weekend but they must not rest on their laurels against a County side capable of turning on the style.

After reaching the Tuohy Cup semi final Aisling Annacotty will want to keep their winning run going at home to Moyross while Holycross continue on their lonely furrow at the foot of the Premier League. Without a point to date, on Sunday they host a Nenagh side also anxious to get back to winning ways.

The Co Cork side have been huffing and puffing in the Premier but all know that they offer more than their League position suggests. In a previous round of this competition they beat high flying Regional Utd showing that on their day they are a match for most teams.

They went down by the odd goal in three to Fairview Rgs last Sunday with the lethal pair of Pat O'Callaghan and Shane Dillon were again on the mark.

Pike Rvs sailed into Round 6 of the FAI Junior Cup with a seven goal mauling of Hill Celtic. The Division 1B side put up a good fight but the Premier side ran in five goals in the last 20 minutes.

Eoin Hanrahan was the tormentor in chief claiming three goals and is returning to his best form in perfect time.

In the Galtee Fuels Div 1A league there is no doubting the top game on offer as the top two sides, Prospect and Cappamore cross swords at the county venue.

A win for Cappamore would catapult them over their rivals, albeit with a game extra played so all is to play for.

On the other hand a Prospect Priory win would open a five point gap and victory in their back game would see Derek Braddish's side eight points clear at the top of the table.

Waiting for a slip up are Summerville Rvs and Geraldines who travel to Corbally Utd and Knockainey respectively.

Galtee Fuels Div 1B, leaders Coonagh must return to earth after their FAI celebrations of last weekend when they travel to Regional Utd B on Saturday evening. Chasing Shelbourne host Southend while Athlunkard Villa welcome Hill Celtic to Lee Estate.

The Open Cup has one tie scheduled with a real local derby between Weston Villa and Hyde Rgs B.

This week's midweek action in Jackman takes place tonight (Wednesday) with the Div 1A O’Halloran Cup throwing up a game between Castle Rvs and Cappamore with a 7.00pm kick off.